Who knew Donnie Simpson (from “Video Soul”) had a son? His name is Donnie Simpson Jr. and he’s 42 years old. At one point Donnie Jr. followed in his Pop’s footsteps and worked in the radio industry as a producer on his dad’s radio show on WPGC in Washington D.C.. After WPGC made the decision to attract a younger audience, Donnie Sr. and Donnie Jr. said ‘Peace out’ to the station in 2010 and that’s when Donnie Jr. decided to follow his other passion and so far business has been booming for the brotha and his wife.

DONNIE SIMPSON SR. COULDN'T BE MORE PROUD OF HIS SON 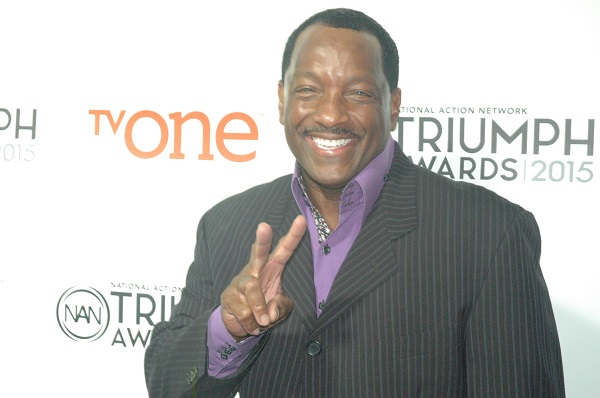 “D.J. has that entrepreneurial spirit that I always wish I had,” Simpson Sr. said. “I’ve told him so many times that I was always jealous when people would come by my house, Smith & Sons Plumbers, or whatever — they had businesses they could pass down to their kids. For me, you can’t pass down popularity. To see his dream become reality. It’s been very rewarding."