Dru Hill has had some conflicts among themselves that they typically kept under wraps from public view. It wasn’t until video surfaced online of Dru Hill having an all out brawl live on air at a radio station that folks realized things had just got REAL among the members. After getting kicked out of the group, fifth member, Rufus “Scola”Waller, has now revealed the REAL truth behind the group’s fight, which we’re pretty sure Dru Hill probably didn’t want the public to know… 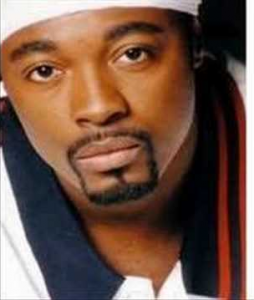 Scola became a member of the group to replace Woody in 2002, but was ultimately kicked out after another group member Dru Hill recruited prior to Scola had decided to return, which then made Scola the fifth member.

As far as that infamous 2008 radio station fight, Scola said it was FAKER than a $4 bill and they staged it because Woody had already told them a month before that he was leaving. After they're public fallout Scola also revealed that the big public talent search Dru Hill held to find a new member, was staged because they'd already chosen the replacement for Woody, which is their current member, Tao. So Dru Hill had all those people show up to their talent search with high hopes and dreams and it was all a hoax? Shame.

Let's be clear though, we don't know if what Scola is saying is true because like they say, there are three sides to every story- your version, their version and the truth. But if it is true, Dru Hill needs to pursue acting careers on the side.