KANDY’S SISTER, KRYSTAL, WAS MARRIED TO PHILIP BAILEY OF EW&F 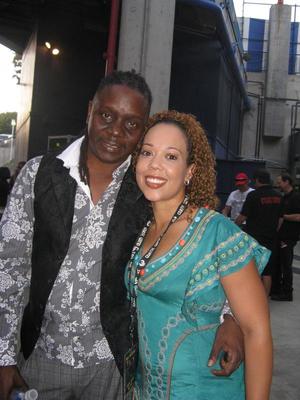 Kandy’s sister, Krystal Johnson (pictured above), was married to Philip Bailey (of Earth, Wind & Fire) for years since 2004. Krystal is in her early 40’s and Philip is 65 and they apparently recently separated (or maybe even divorced), although many thought they were still together.

Word on the Old School curb is that Philip has quietly married his longtime friend, Valerie, but they have never confirmed that, so you can take that rumor with a grain of salt. Philip and Valerie are, in fact, a couple now though…that, they have confirmed.