In the interview above, Morris Chestnut sat down with Wendy Williams to discuss his daughter, Paige (who was still a senior in high school at the time), his son’s college life, his wife, why he shaves his head, and his show, “Rosewood.” 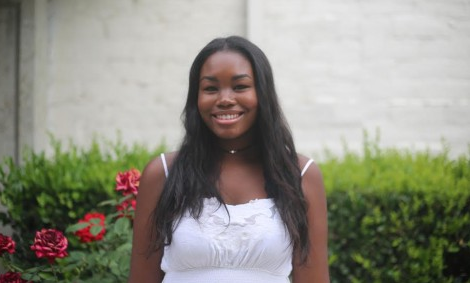 Although her dad is a superstar, Paige pretty much stays out of the public’s eye. But in 2013, she did role with her Dad to surprise “The Best Man Holiday” movie goers at Crenshaw Mall in Cali. and she was clearly not accustomed to the mounds of women that were trying to pounce on her Daddy when they spotted him outside the theater, LOL. Check it out below (at the 2:45 mark…Paige is the one walking &amp; holding her dad’s hand, dressed in a black top)…

Overall, Morris is a great example of a father, he’s very hands-on in his children’s lives and he was even quoted once by Essence Magazine as saying this about Valentine’s day:

“For Valentines Day, I don’t just get her [his wife, Pam] flowers, I get my mother flowers and I get my daughter flowers because even though my daughter is only 15 years old, she needs to see how she should be treated. She needs to know that she is appreciated on this day as well.”