Marlon Jackson and his wife of 41 years, Carol Ann Parker, have three adult children together, who all seem to keep a pretty low profile, with the exception of his son, who sometimes has a lil’ bit of trouble with the law. Other than that, Marlon’s and Carol’s babies, Valencia, Brittany, and Marlon Jr., stay as far away from the limelight as they possibly can. I can only imagine that it ain’t easy being a Jackson, but it does come with a lot of perks. Imagine what it must be like at the workplace for the Jackson kids. Anyways, we had to do a quick update on Marlon’s daughters, Valencia and Brittany Jackson, because we hadn’t realized it had been that long since we’d seen them out and about as a little girls, holding on to their Pops backstage at shows and whatnots. Marlon’s daughters are 38 and 40…and gorgeous! See recent pics of them below… 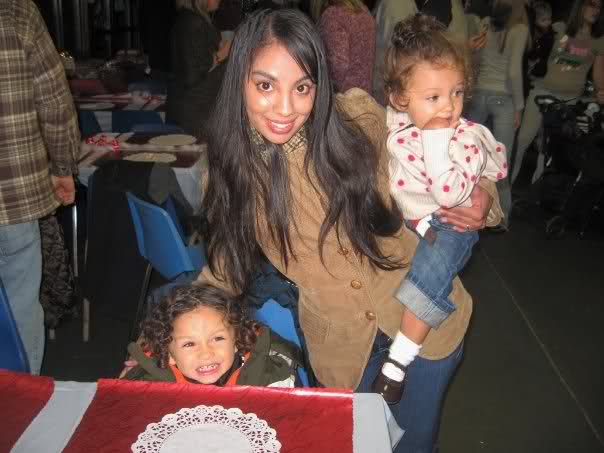 Valencia is 40 years old and she's Marlon Jackson's oldest daughter. She has two children, her daughter Sophia and her son Noah (both are pictured above). She is a travel journalist, curator, and cultural expert. She also is an entrepreneur and is the founder of Creative Vie Media which is a global travel and tourism branding, public relations and multimedia agency.