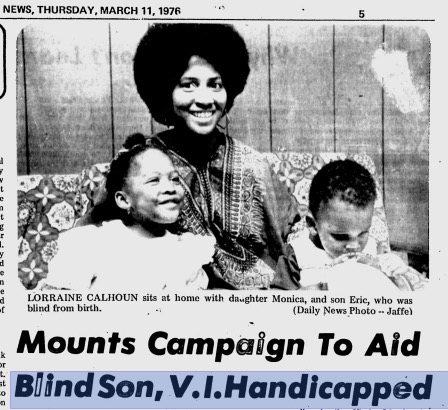 Monica's mom, Lorraine Calhoun, made headlines in 1976, when Monica was four years old and her brother was 2. Lorraine pushed law makers in the Virgin Islands (where she and her two kids were living at the time) to adapt a system similar to the U.S. assistance programs for low income families who have children with special needs, because the cost of care for them was impossible to maintain on the standard household income at that time. Above is a newspaper clipping of Lorraine with her then toddlers, Monica and Eric.