Remember the tall, beautiful actress/former model, Toukie Smith? She played “Eva,” the neighbor with the high pitched voice on “227.” Well it’s been a few decades since most of us have last seen Toukie and little did many know, she has two adult children (twins to be exact) from her years-long relationship with one of the most iconic White actors in Hollywood…and Laaaaawd, wait until you see who he is… 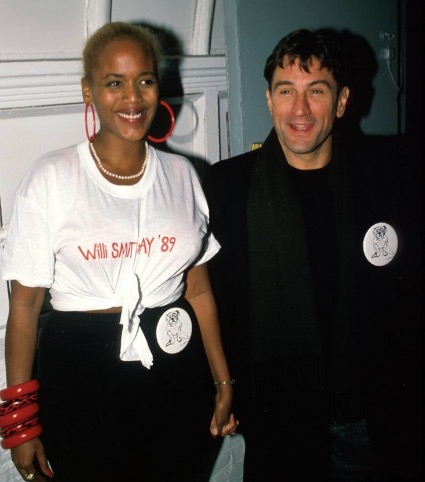 Actor Robert De Niro is the father of Toukie Smith's twin sons! Ain't that something? Toukie and Robert dated from approximately 1988 to 1996. They're twins were born in 1995. There were some very sad times that Toukie experienced during their relationship. See their twin sons, Julian Henry De Niro and Aaron Kendrick De Niro and the tough times Toukie revealed>>>