Police BRUTALIZE Actress From “What’s Love Got To Do With It.”See Details

Remember the little girl who played the Young Tina Turner in “What’s Love Got To Do With It?” If not, you may recall her many other roles in projects including “A Time To Kill,” “Vampire Slayer,” “Hannah Montana,” “Ghosts of Mississippi,” and more. Well her name is RaeVen Kelly and she has just contacted ILOSM to inform us that she, too, was RECENTLY beaten, brutalized, injured, and wrongfully accused by Los Angeles, Ca. police officers! This is so sad and it MUST stop! Check out the details behind this…

RAEVEN KELLY'S FULL ACCOUNT OF WHAT L.A. POLICE DID TO HER 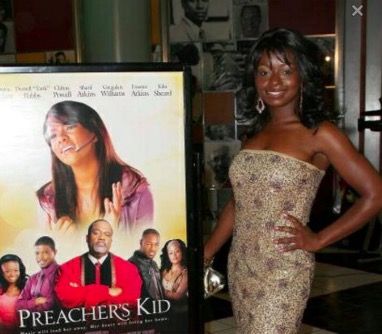 BREAKING NEWS: RaeVen Kelly: "I was ASSAULTED By officers too!..My husband and I join the families and friends of Mr. Alton Sterling and Mr. Philando Castile in grieving the loss of 2 Beautiful lives. While watching footage of such horrible murders was beyond sickening, we are sad to say that we weren't completely shocked...because I was recently severely brutalized, racially profiled, and accosted in South Pasadena by LA County Sheriffs Dept. While I was being wrongfully accused of not paying my train fare, I presented my receipt respectfully to the officer (which was for not just 1 but, 2 fares with the time & date stamps) when he proceeded to threaten me with a ticket for not paying my fare, I began video taping the incident...the officer told me I could video tape all I wanted and it wouldn't matter. Little did I know that he was right...because later after they had slapped handcuffs on me (surrounding me with 6 officers), slammed my body into a metal bench, groped me during a search, and injured my shoulder and wrist placing me in the police car (laughing referring to me "girl" & saying "well, you know how these people are...yeah I have a black female here...these people"), while I was softly praying to God and crying asking them politely, "What did I do wrong, officer? I've paid my fare with a receipt and have been nothing but respectful, sir. I have been completely compliant, never used profanity or raised my voice, officer"...as I begged for reason through tears of pain from my bruised wrists he grabbed my Gucci bag and cellphone with (my then fiance) Sean still on the phone as a audible witness to everything that had transpired...& took my cell as evidence because they knew I had footage of them attacking me!

Later on at the La Cresenta station I was cursed at, physically abused, denied feminine products as blood soiled my clothes, ridiculed, bruised, and laughed at and when I told them i wouldn't sign off that I wasn't harmed the main sheriff blackmailed me by saying that if I reported my injuries then they would be required to take me to the hospital. Once one of the officers at the station recognize me from "Hannah Montana" and "A Time to Kill" they began to call me, Miss Kelly and said they would release me with no charges if I lied and said I wasn't harmed. But, I only wanted to report the truth...so they booked me, giving me a record now...they purposely waited hours for my purple/blue bruises and swelling to go down before they took me in handcuffs to USC hospital in Verdugo Hills where medical staff was appalled at why I was there. Being not only a role model for youth as an actress/singer, philanthropist, youth health advocate panelist, I was also a former teacher in both LAUSD and Santa Monica Malibu School districts who has received several keys to cities, awards from several LA County representatives including former mayors...who LOVES her city/County of Los Angeles and has loved the multiple hours of volunteering with the city's youth...who NEVER had a record before I was BRUTALLY & RACIALLY ACCOSTED that horrible night in South Pasadena by LA COUNTY Sheriffs.

Ironically, I am someone who has always supported and had GREAT respect for law enforcement and was proud of the officers within my own family. How can we feel safe when those who are charged to protect us are the very ones ACCOSTING and MURDERING US?! It doesn't matter what your faith is, if you're homeless or a billionaire, male or female, LGBT or straight, or the color of your skin...We Are ALL God's children! I look at the INHUMANE, ASININE killings of both Mr. Sterling and Mr. Castile and I realize fully that I could've been shot to death too. My heart is ACHING TREMENDOUSLY for their families right now! Please, President Obama, let's rectify our nation's issues with racist officers. In the words of my late godmother Yolanda King(daughter of Dr. King) "When are we going to learn to LOVE one another and Achieve The Dream?" (ie her father's dream for our nation) - Rae'Ven Kelly