In case you haven’t heard by now, Teddy Riley filed a restraining order against his former Blackstreet member, Chauncey Hannibal. Chauncey co-founded Blackstreet with Teddy and although there has been talk of tension between them for years and even diss records released on both sides, things got worse, just when you may have thought it couldn’t get any uglier. It turns out Teddy had about all he could take of his former music partner and listed below are the details of what led to the point of the restraining order…

WHY TEDDY FILED RESTRAINING ORDER AGAINST CHAUNCEY OF BLACKSTREET 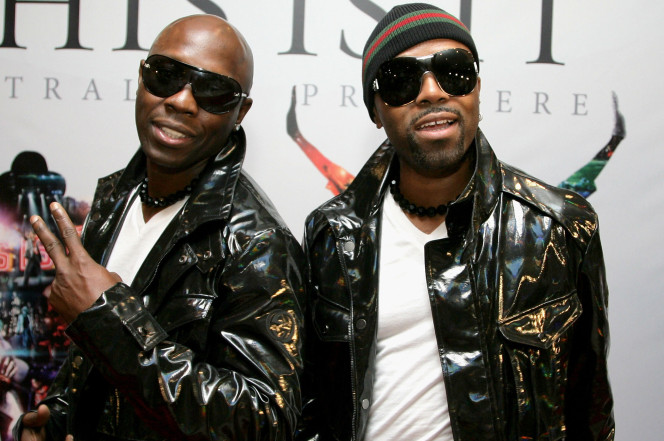 In August of last year, The Jasmine Brand reported this:

Blackstreet singer Teddy Riley is accusing his former bandmate of fraud and blames him for venues not booking him for concerts — and now he has headed to court demanding a restraining order against his former bandmate. [...] Riley is demanding the court slap Hannibal with a restraining order and allow him to use the Blackstreet name until the court makes a final decision on the trademark.

In a prior $1 million lawsuit Riley has pending against Chauncey Hannibal, he claims that Chauncey, who was supposed to be looking after certain aspects of Blackstreet's business, secretly allowed the trademark to secretly expire behind his back and then immediately got the trademark registered under his name only, excluding Riley name from it. Riley says that has caused his Blackstreet group to miss many opportunities, including the 2015 Tom Joyner's Cruise, which had to cease plans with Riley's Blackstreet group after Chauncey sent them a cease and desist letter to block the show, stating that Riley's name wasn't on the trademark, so he couldn't perform under the name Blackstreet. SEE WHAT ELSE RILEY SAYS CHAUNCEY STOLE FROM HIM>>>
Prev 2 of 4 Next