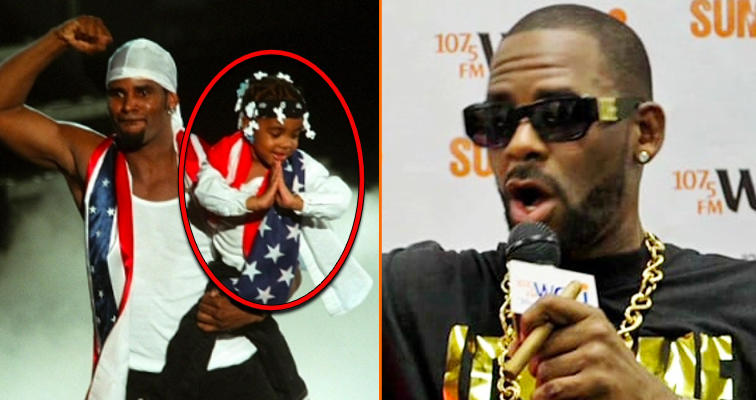 ILOSM fam,’ it’s been YEARS since R. Kelly’s and Drea Kelly’s 2nd born daughter announced she was transitioning into a male and fans were stunned. Their child seemingly retreated from the public eye soon afterwards, but has now resurfaced and he looks a lil’ different these days.

At the time that he came out, fans gave mixed reactions. Many praised his bravery at such a young age. Others questioned his psychological state and if his Pops’ ongoing sex scandals (which surfaced in 2002 when Jay was 2) impacted his view toward men altogether. All valid points, but today, he’s happy with who he is, owes no apologies and is ready to display his talents.

The Ladies Are Loving Their Transgender Son’s LATEST Photos NOW>>>