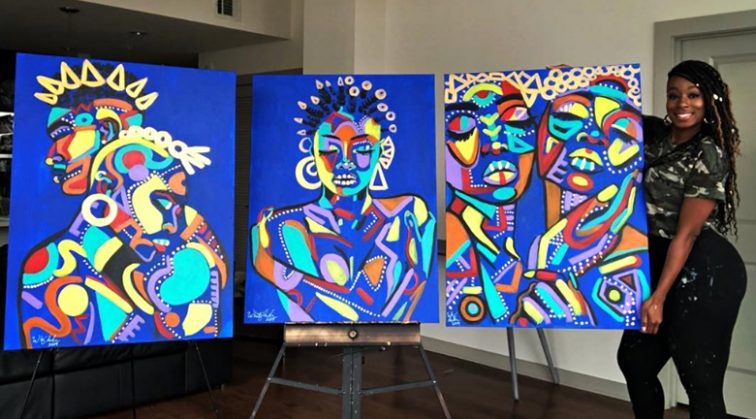 Goddess Paintings And A Goddess Body?? #BlackArt All Around

CHARLOTTE, NORTH CAROLINA — “I used to think I was a failure,” she says. But that changed. Now, she’s highly successful, and highly wanted…all just by being “100 percent me.”

After growing up in Columbus, Ohio, this amazing woman tried it all — according to her official website.

“I tried a few different majors in college. Went to school to become a Graphic Designer, then a Journalist, then a Psychologist,” the artist notes. “I went for careers that I could make decent money, while still maintaining some level of sanity. But I still knew it wasn’t for me. I worked in Sales, worked for Radio One, became a Flight Attendant, then became a Director of Sales & Marketing for an Assisted Living Community.”

Yet, overall, she found her calling in art.