If You Had The Soul Glo Jheri Curl… 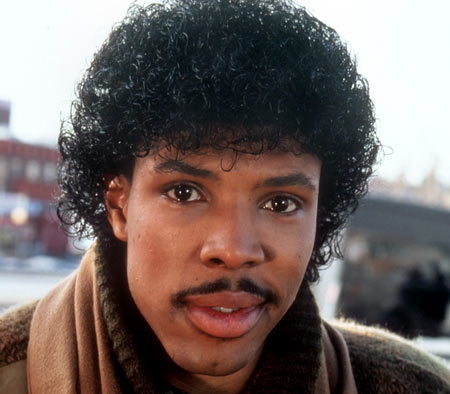 If you used to get your “Soul Glo” jheri curl on back in the day, or knew somebody who did, say it loud: ‘I’m Old school and I’m PROUD!’

Jheri curls was the most popular hairstyle that appealed to young and old alike. I wanted a jheri curl but my mother told me absolutely NOT. It was a cool style to have and I admired my family members and friends who had them. So when I hear jheri curl I think of Michael Jackson whose curl was infamous and the movie Coming to America with the product Soul Glo.

Michael Jackson had one of the best jheri curls and the Thriller album cover with him in a white suite was EVERYTHING! I remember the Pepsi commercial he was shooting and his hair catching on fire. Clearly pyrotechnics and curl juice do not mix and who would have know that it was highly flammable. Michael would slang that curl juice everywhere while dancing and it seemed his hair would never dry out unlike the everyday people I would see. The key was to keep it moisturize with the curl activator spray. The process of getting a curl took hours, even though I never had one I had been in the salon with people who had them.

Coming to America is a movie classic. We all could relate to different scenes in the movie like the barber shop scene or the black pageant scene. But one of most memorable scenes was the Soul Glo family leaving the stains from their hair on the couch. I remember people having plastic on their couches for this exact reason. And the Soul Glo commercial was hilarious. “Just let your soulllllllll gloooooo” LOL

Just as life works all things old become new again. Since the high top fades are back in I wonder if the jheri curl will make a come back or will it remain as one of those timeless eras to not be repeated again. I prefer the latter; let it be! LOL