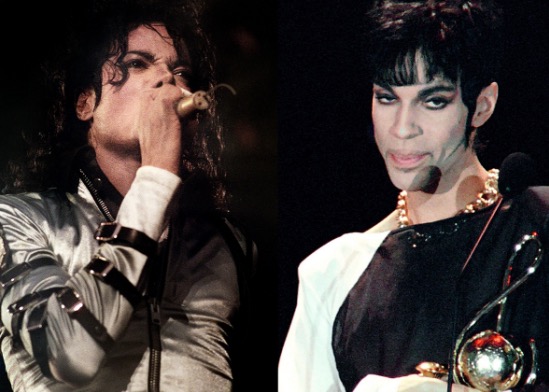 Jones explains what happened when he called a meeting with Prince and MJ to convince Prince to be in MJ's "Bad" video:

"We had a meeting at Michael's house. I said 'Michael let's invite him out and try to talk him into this.' I had envisioned a fight breaking out in the video, you know some drama, that's all...and then Michael and Prince coming up to each other and [squashing it]. That's what videos are all about- tension and release."

"So Prince comes out and I say 'Michael you sit on that side. I'll sit on the other side. And let him sit there so he doesn't feel like we're ganging up on him (laughs). He [Prince] came in with a big box of stuff, he'd just finished "Under The cherry Moon...directing it- He had this box of stuff, it was WEIRD man. He had some Tootsie rolls and some cuff links and stuff like that...a lot of stuff, Michael thought it was voodoo (laughs). And then he said 'I'm sorry to keep you all [waiting] this long..and then he called Michael 'Camille' (LOL)," explains Jones.

This was crazy, LOL! Through it all Prince and MJ had respected each other's talents and years later they squashed the tension between them.
Prev 3 of 3 Next