Wow! After Smoking Crack Cocaine, Vanity Says Jesus Came To Her And Said… 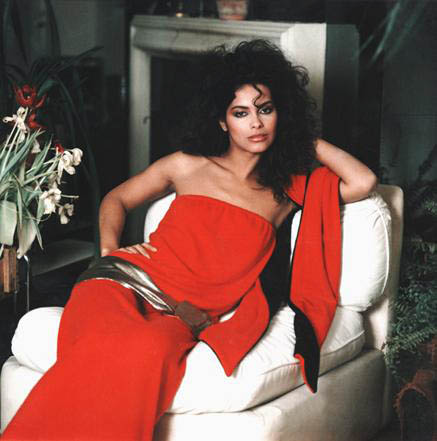 Before we get into Vanity’s story, we want to be clear: We love Vanity and the group, Vanity 6. They brought a certain level of grown folks entertainment to the music game that was meant for mature audiences and there’s nothing wrong with that, but behind the scenes what we later learned is that Vanity just wasn’t loving Vanity and that’s where the problem came in.

Back in the 90’s most of us remember when Vanity shocked the industry by laying her lingerie outfits to rest and becoming Evangelist Denise Matthews, but many of us haven’t seen her in action as she is today in her 50’s. Denise hasn’t been in the public’s eye in recent years, but a few years back she made it known why she had to kill off her “Vanity” persona. In 1994 Vanity had a very close brush with death after smoking crack cocaine and per Wikipedia

The doctors told her she had three days to live while on life support. She said that Jesus came to her at this time and spoke to her, saying if she promised to give up her “Vanity” persona, he would save her. In 1995, she said, “When I came to the Lord Jesus Christ, I threw out about 1,000 tapes of mine — every interview, every tape, every video. Everything. “She has stated that she has chosen not to receive any further revenue from her work as Vanity, and has cut off all ties with Hollywood and her former life in the music business. After a kidney transplant in 1997, she decided to devote her life to evangelism.

Wow take a look a Vanity then, and her transformation in a recent pic by clicking next…the sister is still just as beautiful as ever…

UPDATE: We received a message that the drug was cocaine and not crack cocaine from someone claiming to be Denise Matthews. Also that there was synthetic drug use. We cannot confirm the identity of this person, therefore we have not changed the details here.