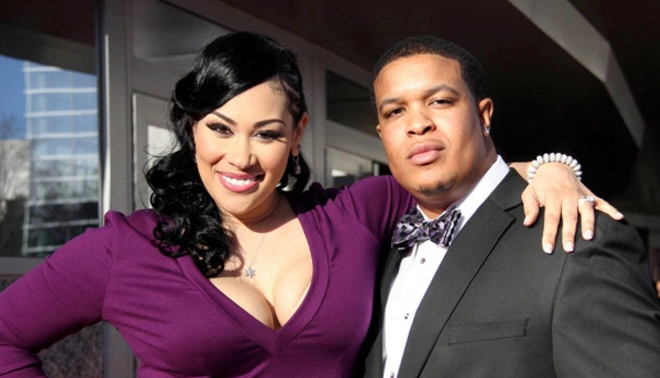 For years, it’s seemed like KeKe Wyatt and her husband Michael Jamar Ford have been a match made in heaven. But unfortunately, things aren’t always as they seem. Apparently, things haven’t been too great behind closed doors because Michael reportedly wants a divorce. Of course, it would be easy to think that KeKe’s situation is just the result of another vicious rumor, but she’s actually the person confirmed everything. All the chatter started with an emotional video the singer released earlier today.

According to The Jasmine Brand, KeKe took to social media with a video revealing Michael actually asked her for a divorce. There was speculation of trouble in paradise when the couple appeared on Marriage Boot Camp but no one ever suspected that the situation would lead to divorce. However, the singer, who is 8-months-pregnant, has confirmed just that.

“Your husband got the nerve to tell you that he wants a divorce….Because he says that you’re an emotional wreck, he says that from the very beginning you never trusted me and all that kind of stuff. Like, telling other women that we getting a divorce and if she…”

Check out the video:

After KeKe dropped the divorce bombshell, she went on to reveal that her husband claims she’s just too emotional right now. Throughout this latest pregnancy, KeKe has become an “emotional wreck” and apparently, it’s too much for Michael to handle. For those who don’t know, KeKe’s emotional state probably has to do with all she’s been going through. While going through her eighth pregnancy, one of her children is also battling cancer.

So, it’s definitely safe to say she has a lot to be stressed about. But KeKe has made it clear that the feeling is mutual because she confirmed that she’s also done with Michael Jamar.