Remember the 90s group, Intro? They had several hits back in the day such as “Come Inside,” “Let Me Be The One,” a cover of Stevie Wonder’s “Ribbon In The Sky,” “Love Thang,” and “Funny How Time Flies,” but it was the lead singer, Kenny Greene (pictured above), who was probably the busiest and most vital member of the group.

Kenny produced and wrote most of Intro’s songs and he also penned many R&B hits for other artists such as Mary J. Blige’s “Reminisce,” “My Love,”and “Love No Limit.” He also shared pretty shocking revelations with the world, while he was literally lying on his death bed. He passed away at age 32, and about one month before his passing, he did an interview with Sister 2 Sister magazine.

Although his body was failing him at the time, his mind and his conscience were not. Kenny spoke with a great deal of clarity about who he is and what he wanted the world to know about him. He seemingly had a clear vision of how he wanted his legacy – not just as a music artist, but as a human being – to be remembered.

In October 2001, Kenny passed away from complications due to the AIDS virus. During his last interview, he shared his status with the world, and also confessed that he had same-sex attractions. However, he presumably felt forced to publicly hide this info for most of his life.

THE DETAILS & TRUTHS KENNY GREENE REVEALED IN HIS LAST DAYS 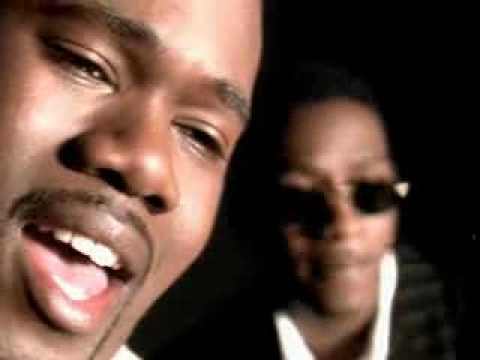 S2S: Hi Kenny. You sound good.
Kenny: Yeah, you know I have AIDS?
S2S: I know. How long have you been in the hospital?
Kenny: It’s been a long time.
S2S: How long have you known you had AIDS?
Kenny: I’ve known for a long time, but it’s just….I sprained my ankle and this ball came under my foot like a bruise and it just swelled up to the size of a tennis ball. It’s called Kaposi’s sarcoma. It’s an AIDS related disease.
S2S: So after the ball came up under your foot, what happened?
Kenny: I was walking around on it and I should’ve got help from the VA Hospital.
S2S: From the Veterans hospital? Why? Are you an ex-soldier?
Kenny: Yeah. I’m not active now but I was in for three years. I was in the Army.
S2S: You’re kidding?! Well, how old were you when you just kept walking around on it?
Kenny: Yeah, I should’ve went to the VA Hospital and got it taken care of, but I didn’t know what it was.
S2S: Well, didn’t it scare you?
Kenny: Yeah.
S2S: It did, huh? Well how did you get the AIDS? Was it intravenously or are you homosexual?
Kenny: Yeah, I’m homosexual…Well, I’m bisexual. I had two girlfriends.
S2S: Do you still like girls?
Kenny: Yeah.
S2S: How did you get AIDS? Do you know the guy who gave it to you?
Kenny: Yeah.
S2S: Is he still alive?
Kenny: Yeah.
S2S: What do you want to tell people out there about the condition that you’re in now?
Kenny: Keep protecting yourself with condoms and don’t have unprotected sex.
S2S: Was this guy that you were with a constant partner?
Kenny: Yeah.
S2S: Is he in the hospital?
Kenny: No.
S2S: He’s okay?
Kenny: Yeah. He’s a carrier.

Although the social climate is evolving nowadays, we still live in a society that so often judges a person base on their sexuality, rather than the content of their character. The truth is that if Kenny would have come out as an openly bisexual man, the R&B songs he nailed with his soulful sound could have possibly plummeted, because folks would have been confused about whether or not he was singing to a man or woman. However, instead of Kenny being placed inside of a box, maybe society should work harder to remove the boxes altogether. Of course that’s a lot easier said than done, but the more topics like this are publicly discussed, the more we will all have a better understanding of one another — regardless of if one is straight, bisexual, gay, or try-sexual.

We salute Kenny Greene for selflessly raising awareness about sexual tolerance and safe sex practices, in order to help others. He knew he was dying and could have taken his ‘secrets’ to his grave, but he chose to be a bigger man than that. May that king continue to rest well.