Actress Malinda Williams’ Sisters Are Just As Gorgeous As Her

Malinda Williams has had quite an impressive acting career. The talented New Jersey actress has been in the game since 1987. She became widely known for her role as Tracy “Bird” Van-Adams on the Cinemax series adaptation of the film Soul Food. Malinda is definitely the epitome of fine wine because she’s a double threat with beauty and talent and she’s only getting better with age. But, most fans don’t know, she has two sisters, Lisa Sorenson and Leslie Williams-Dunn, who are just as beautiful.

By the way, Malinda is aging like “Benjamin Button” at the age of 50:

Malinda’s sister, Lisa Sorenson, is a well-known publicist. Sorenson owns a Short Hills, New Jersey-based public relations agency that boasts an array of celebrity clients. For the past 15 years, Lisa Sorenson Public Relations has done press work for famed athletes like Venus Williams and fitness enthusiast, Shaun T. Even before owning her own successful company, Lisa had an amazing resume working for MTV and Arista Records. She also did press work for the highly anticipated film The Shack, starring Octavia Spencer.

In addition to being a successful business woman with a highly respected public relations agency, she’s also a wife and mother. Lisa is married to Eric Sorenson and they have two handsome sons. In fact, one of her sons has developed a knack for the camera, following in his aunt’s footsteps with acting and modeling. Her youngest son, Ellis Sorenson, is represented by one of New York’s top model agencies for kids, New York Model Management, and for his acting, he is repped by CESD.

While Malinda and Lisa dabble in the world of entertainment, their sister Leslie enjoys a different type of lifestyle. She’s actually an IT Director for Johnson & Johnson.

Their Parents Are Still Together

Overall the women come from a great family with strong relationship ties. Their parents have been married for 58 years and their grandfather passed in January 2018 at the age of 106 years old. Back in August of 2016, Malinda actually congratulated her parents on their 54th wedding anniversary. 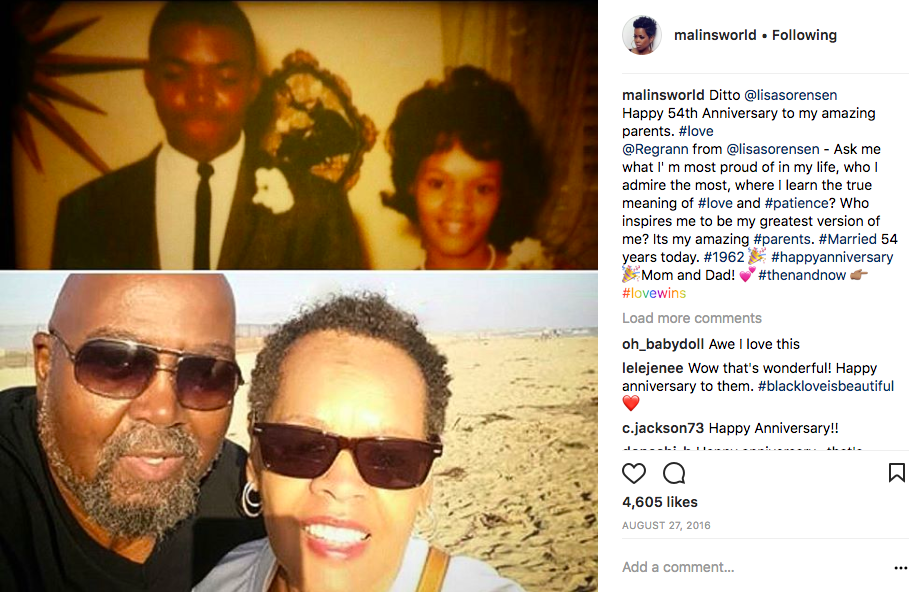 Lisa and Leslie aren’t Malinda’s only sisters, so to speak. She actually has two special women she refers to as her “sisters from another mother” and fans are quite familiar with these two. They’re none other than her “Soul Food” ‘sisters’- actresses, Nicole Ari Parker, and Vanessa A. Williams a.k.a. Ms. ‘Rocka-bye baby’ from New Jack City. The three ladies left their mark on television when they actually played sisters on camera. Malinda’s connections with the women in her life prove special bonds can never be broken.