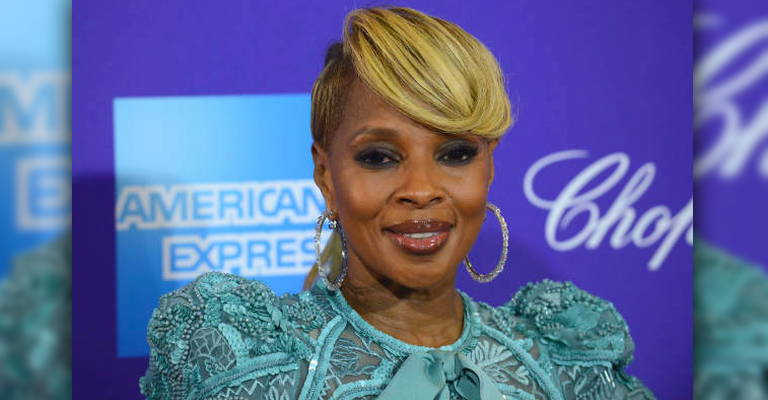 Mary J. Blige has had a relatively difficult time over the past year or so, but things are slowly turning around for the better. Yesterday, the “Real Love” singer sparked a media firestorm, when it was announced that she’d received not one, but two Oscar nominations. According to Billboard, Mary J. Blige has been nominated for ‘Best Supporting Actress’ for the Netflix film, Mudbound, and a nomination for ‘Best Original Song’ for the song, “Mighty River.”

On Tuesday morning, Mary J. received a call from her publicist about the nominations. During an interview with USA Today, she shared her reaction to the prestigious honor. She admitted it was definitely an emotional milestone in her life:

"It was all I could do to not look back." @MaryJBlige's incredible performance as Florence Jackson earns her an Academy Award nomination for Best Supporting Actress. pic.twitter.com/aBl1AgmIsq

“I just can’t stop crying,” said Mary J. Blige. “My phone rang at about 5:30 a.m. and it was my publicist, Amanda (Silverman), and she was screaming. And I don’t know what it is so I’m screaming and I’m crying! It’s just a really emotional time. We’re not taking this lightly because things like this don’t happen. And it did.”

However, Mary wasn’t the only person rejoicing about the honor. Fans also took to social media to give Mary her props. With all that she’s been through, fans know the struggle has been real and many have shared their reaction to Mary’s milestone.

To fans, Mary’s victory is a victory for everyone. Shortly after the nominations were announced, fans set Twitter ablaze with congratulatory tweets, comical memes and gifs of her doing the signature Mary J dance. With all of the hype surrounding Mary’s nominations, the awards show may actually attract a few more African American viewers this year, which is a lot more than they could say for last year. Anywho, check out the fan tweets below:

If Mary J Blige wins an Oscar, I'm wylin' in the streets. I love her so much.

I am a huge @maryjblige fan and I am so happy for her!! She closed a door and God has opened so many for her! Congrats and Good luck @maryjblige

listen, @maryjblige, has the power to grab your heart and just squeeze it. Congrats on your nomination!

This will be me! (and @MUSIQSOULKNICK right?) cuz we all LOOOVE Mary! pic.twitter.com/bQ8ObDrDwZ