After Strained Relationship, Al B. Sure Reunites w/Son &Diddy’s Ex In Epic Video

Most of us have heard about the extremely rocky and damn near non-existent relationship singer/producer, Al B. Sure, has had with his son, Star actor/singer Quincy Brown, throughout much of his life. Quincy, now 25 years old, was raised by music mogul, Sean “Diddy” Combs, and refers to Combs as his Pops.

A few years ago, Quincy also wrote an open letter to his biological Pops, Al B., about all of the years he missed with him growing up and how he used to wish he’d come around more often like the other kids father’s did when he was in school. Quincy even admitted in the letter, that he used to go so far as to make up lies to his school friends and teachers about why Al B. wouldn’t be in attendance at his school events. However throughout it all, he always had Diddy, his Mother’s then long time boyfriend/father of her other three children.

Al B. later did an interview stating that he loves his son greatly and that he wanted to keep family matters private.

Well that was then and this is now. Today when you look at their relationship it’s like ‘night and day’ in comparison to what it was just a few years ago. By the way, did y’all catch my wordplay just now? Thought you did…and that brings me to my next point… 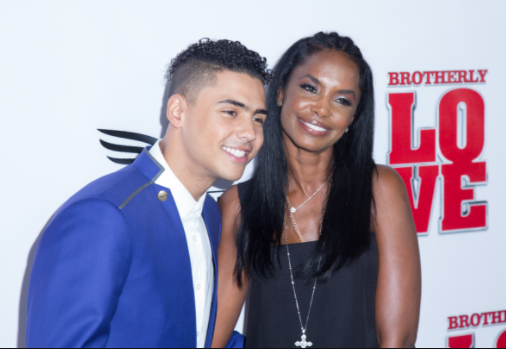 Although Al B. will never be able to get those years back that he lost with Quincy and although Quincy admits he’ll always view Diddy as his Pops, as well as his biological father, Al B., the two Browns have bonded these days. And to prove it, Quincy has finally released his “I Can Tell You (Nite and Day 2.0)” single and video that we told y’all he was dropping a few months ago. It’s a remake of his Dad’s 1988 classic, “Nite and Day,” with a feature from Al B. Sure, who also worked on the track with his son. To bring their reunion full circle, Al B. even made amends with his ex/Quincy’s mother/Diddy’s ex, Kim Porter, who also appeared in Quincy’s video looking like a sexy full course serving of grown woman.

Check out Quincy’s “Nite & Day” video below and tell us what y’all think:

Since we’re asking what you all think, I’ll share my views with you on this as well. After watching the video, five thoughts come to mind:

Quincy Talks About Having Diddy As His Dad & Al B. Back In His Life

What are your thoughts on all of this ILOSM family?