Al B. Sure is really out here proving that age ain’t nothing but a number. Ever since he made his big 5-0 on June 4th, he’s been making drastic changes in his life in many ways. One such change the brotha’s been focused on, is with his health and as a result of his new health mission, his weight has been affected as well. So much so, that we had to do a double take when we saw the latest photos of Al B. For a few seconds we actually thought we were looking at his son, Quincy. But nah, it was Al B. Get your scroll on to see the new and improved R&B legend…

ILOSM fam,’ allow us to introduce y’all to the new Al B Sure. In one of his most recent Instagram posts, he debuted his slimmed down frame and he also confirmed that he’s now dropped 70 pounds:

If you’ve been following Al B in recent years, then you’ve probably grown accustomed to seeing the somewhat fuller version of him. However, now the “Nite and Day” crooner has made a night and day switch-a-roo and has damn near transformed back to his 1989 self right before our eyes.

In the months leading up to his 50th birthday, it seems that Al B. was going through yet another tough decision- his hairstyle. A few months back after, we covered the mounds of questionable side eyes and backlash he was getting over his then long curly ‘do. Safe to say he switched that look up too.

In case you missed that prior reported, here it is:

In November 2017, we shared photos of the R&B legend’s new hairstyle. Most of y’all were hella shocked by his new ‘do and expressed your disdain for the brotha’s choice to switch from a barber to a beautician. In case any of you missed Al B.’s previous ‘do that had many talking, he decided to grow the top of his hair past his shoulders, while keeping the sides of it faded. When he wore the top portion of his crown down, it simply looked like he was gettin’ his ‘Rico Suave’ on, with his curly tresses blowing in the wind… 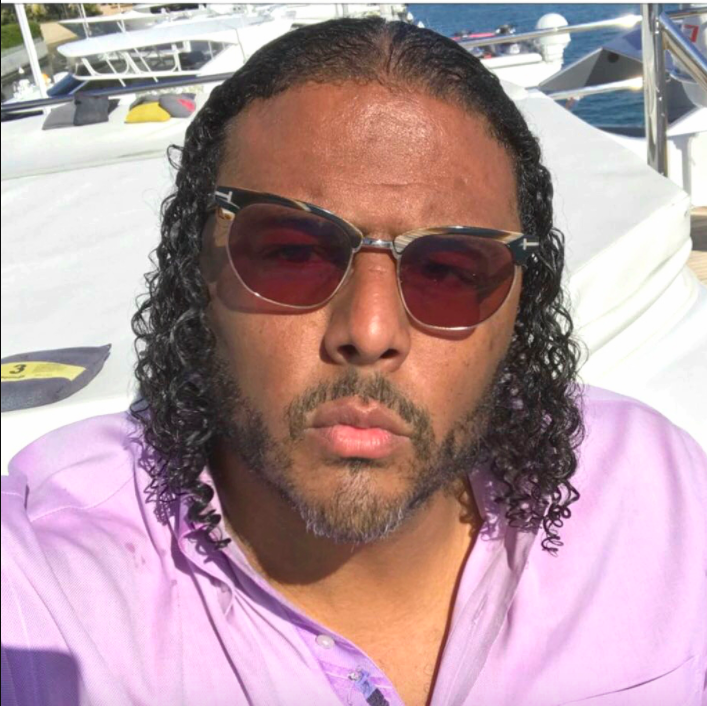 As soon as his photos began to spread across social media like wildfire, it didn’t take long for people to give their opinions about it. Some gave him compliments, the majority gave him a collective ‘Aww HELL naw Al B.!”

Fast forward to a few days later, and Al B. Sure apparently heard y’all loud and clear. It took many months for Al B. to grow his hair into a style that looks exactly like his son, Quincy’s, hair (which looks a lot more age appropriate on Quincy – just sayin’). However, it only took a few days worth of honest comments from fans, for Al B. to throw those months of hard work and dedication down the drain with the quickness.

The “Off On Your Own” crooner then took to Instagram to show off a photo of his new haircut, which is also like “Nite and Day” in comparison to his prior one. In the photo, he was seated in his barber’s chair after getting a fresh FADE! Check it out below…

See what a lil’ constructive criticism will do? Like my mama used to say, “Won’t HE do it?!!” Fans once again gave their opinions on Al’s new hair game as well…this time the consensus was far more pleasant…

Keep doin’ your thang Al B!