All Grown Up! See The 3 Children Teddy Pendergrass Fathered In ONE Year!

Teddy Pendergrass was busy and he was also admittedly a known ladies man in his heyday. It turns out that while many of us were making love and making babies to a Teddy P. slow jam back in the day, so was he. Born and raised in Philadelphia, Pennsylvania, Teddy Pendergrass was one of the most popular soulful R&B stars of the 1970s. His began his career in 1969 as a drummer for Harold Melvin and the Blue Notes and eventually transitioned to a successful solo singing career.

All Grown Up Now! 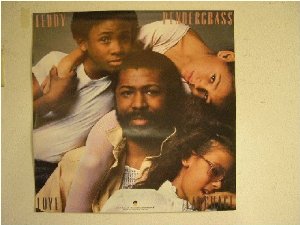 Pendergrass had a growing family in the early 1970s. He fathered three children – Tisha, LaDonna, and Teddy II – who were all born in 1974, but he never married the women who bore them. He was on the road a lot at this point and split his down time between the two mothers. Fed up, both women ended up leaving Pendergrass, taking the children with them. They're all grown up now...

Old School News With A New Point Of View! Remember to LIKE and join our discussions on Facebook and IG! @iloveoldschoolmusic