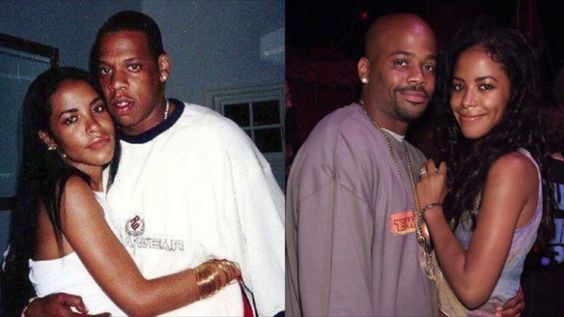 It’s been nearly 20 years since Aaliyah’s untimely passing in August of 2001. Even though, it’s been almost two decades, many are still pretty amazed by the revelation that she reportedly dated Jay-Z and Dame Dash, according to what Dame revealed.

The fascination with Aaliyah didn’t start after her passing, but while she was still very young and mysterious. It’s no secret that in many interviews, she declined to reveal aspects of her private life, which is understandable in light of the rumored R. Kelly marriage to her when she was underage. More abstractly, Aaliyah emanated a remarkably cool distance that only drew us closer, but shortly before her death, she had gotten into a close relationship with Dame Dash to a point they were thinking about getting married. Scroll down to see what Dame says happened with both him and Jay-Z dating Aaliyah…

“She was the one — she was definitely the one for me.”

According to Dame Dash, Aaliyah had gotten into a brief relationship with Jay Z. Years later,  Dame sat down with Hip Hop Motivation and made a revelation about both former best friend and business partners’ past relationships with the singer:

“I was going at her, but Jay was going at her. He knew her before I did,” Dame Dash said. “It was a situation where Aaliyah was the type of girl that would give you a shot. She didn’t care what people thought. So she’ll date you and be your friend. But you might end up in the friend zone… You wasn’t gonna just hit that. At least that was my experience.”

What Dame explained was an “awkward” situation, but things happen and Aaliyah ended up being the love of his life and his beloved fiancee. It sounds like their love was reminiscent of the message Atlantic Starr’s old school classic jam once told us, “When love calls you better answer.” May Aaliyah continue to rest beautifully.
LOAD COMMENTS