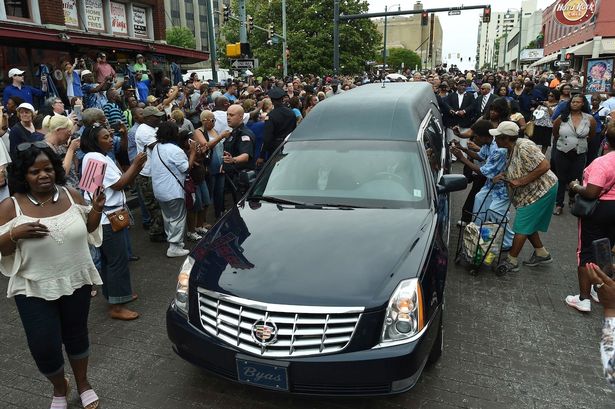 We have covered much about BB King’s last weeks, but it feels great to see the “People” come out to celebrate the life of BB King! BB King’s casket arrived in Mississippi on Friday for a public wake ahead of the legendary musician’s funeral service today. Take a look at a few pictures from this morning as he will be finally laid to rest in his hometown today.

[su_quote cite=”The Guardian” url=”http://www.theguardian.com/”]Friends and fans are getting a chance to file past BB King’s coffin during a public viewing on Friday in the Mississippi Delta, the land that gave birth to the blues.

The visitation comes a day before the funeral for the man who influenced generations of singers and guitarists. King was 89 when he died 14 May at his home in Las Vegas. A public viewing and invitation-only memorial service were held in that city before his body was flown to Memphis, Tennessee, for a tribute on Wednesday. Hundreds of people lined the roads to catch a glimpse of the hearse that drove his coffin from Memphis to his hometown of Indianola, Mississippi.

He will be buried on the grounds of the BB King Museum and Delta Interpretive Center in Indianola.[/su_quote] 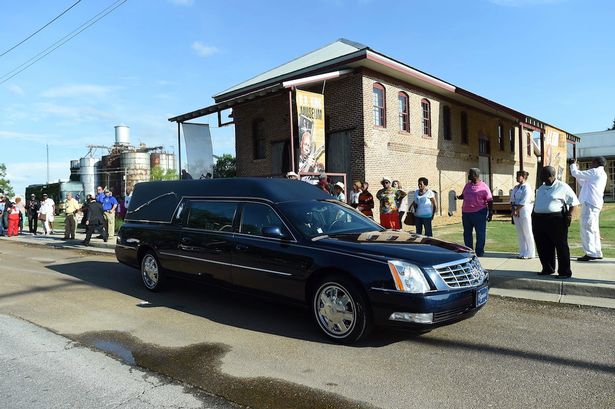 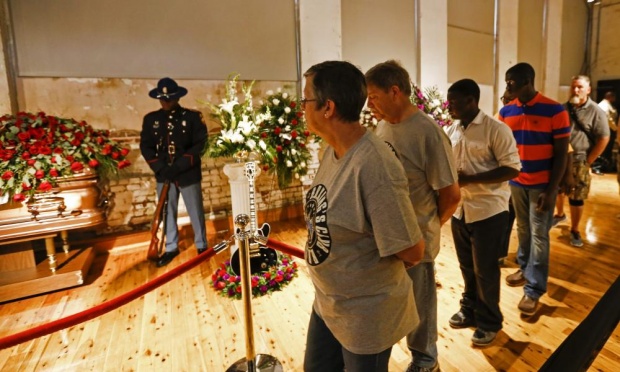 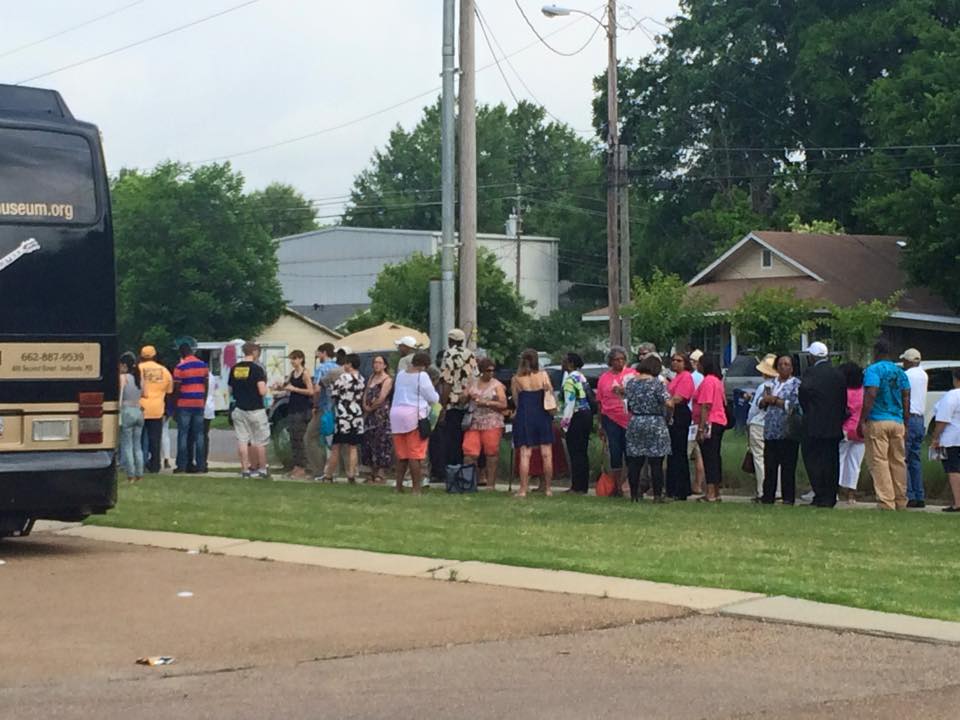