These kids grew up and had R&B on FIRE for years! They’ve sold millions of records and are no strangers to a lil’ bit of controversy and a lot of rumors about their professional and personal lives. We won’t give away too many hints on this one, but if you study this pic for a second, you just might be able to figure this one out. ILOSM family look below to see if you were on point with this one..

THEY ARE DEVANTE SWING & DALVIN OF JODECI! 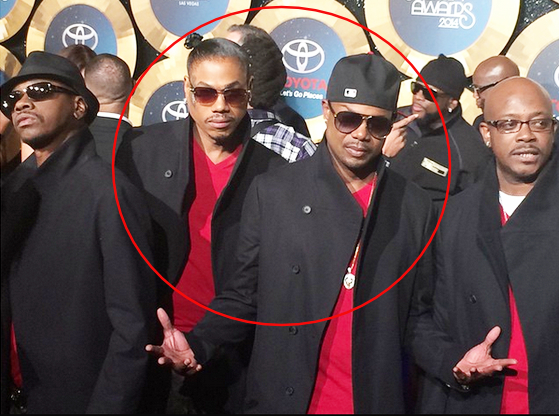 Those baby boys grew up to become Dalvin (44) and Devante Swing (46) of Jodeci. Now you can see the resemblance right?

Jodeci's success has reached far beyond what many aspiring singers could only wish for, but the rumors and controversy have oftentimes become just as big as their brand. Let's be real, we've all seen videos of alleged drugged or drunken moments circulating around the 'net about K-Ci, Devante, and JoJo (Dalvin has pretty much kept his image clean, but he's a team player, so he always has to take the shots with the team). But at NO point has that EVER changed the way most of us feel about Jodeci and the beautiful music they've been gracing us with ever since they were rockin' the hooded short sets, with the boots, and backwards caps. They raised the R&B bar and we salute them for that.

See why Devante' recently had to check a Twitter fan...

Prev 1 of 3 Next
LOAD COMMENTS