After news broke that Janet Jackson (50) was splitting from her 42 year old husband, Wissam Al Mana, just three months after their baby boy, Eissa, was born, everybody and their Mommas were wondering what in the hell happened? 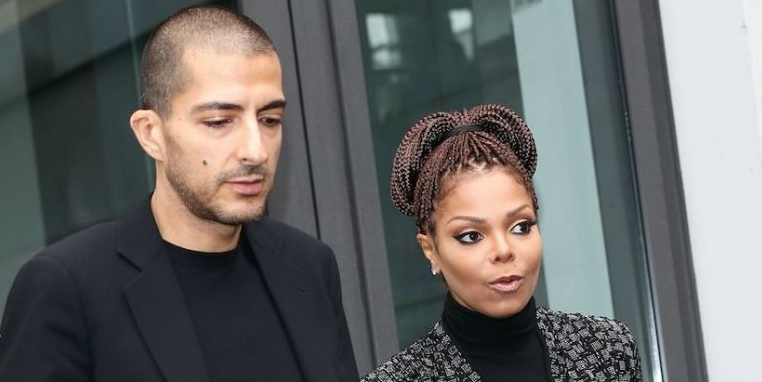 There are now many interesting speculations we’re seeing regarding the cause of their breakup, which has now been confirmed by ABC News through Janet’s rep. Many online commenters, in particular African American commenters, have now narrowed their speculations down to one of two reasons: (1) the topic of religion being a factor in their split; or (2) Wissam’s possible view about Janet’s current weight gain being the dividing factor. We’ll talk about the latter and leave the religion topic for another discussion.

It was reported that Janet is still approximately 98 pounds above her pre-baby weight and the most recent photo (below) was snapped of her when Rebbie and Katherine were visiting she and baby Eissa in London in February.

What Black People Have Voiced About Possible Split

From what we’ve gathered, many Black people online have voiced concerns that Wissam’s culture and race are not allowing him to understand they beauty in Janet’s newly post-baby body thickness as much as a Black man would.

When we saw that opinion being voiced, it led us to think back to Janet’s last known public relationship, which was her eight year relationship with music mogul, Jermaine Dupri.

So we did some research and found that the the online commenters may have a point in their opinion, based on what Janet revealed in a prior interview during her relationship with Jermaine.

Some of you may recall when the usually physically fit Janet made headlines in 2005, after suddenly surfacing as a much thicker version of herself, than what her fans were accustomed to seeing. She’d originally gained weight for a Lee Daniels film, Tennessee, which was eventually iced indefinitely. But then Janet said her weight increased to over 180+ pounds on her 5’4″ frame- a size she wasn’t used to being. That’s when she gushed about the unconditional love of Jermaine Dupri that made her feel more loved than anything else at that time of her life:

Via New York Times: “I am an emotional eater… There are people that don’t eat when they’re stressed. I eat when I stress, when I’m down, when I’m in that state of not being in the greatest space,” [Janet] said. “And that’s my place of comfort that I go to for that moment. Then I kick myself after doing it.

Even as the numbers on her scale rose, she said, Mr. Dupri’s commitment to her was unwavering. “We’d be sleeping, and he’d grab all the extra meat on my stomach and say, ‘You’ve got to love it all, baby; it needs love, too.’ ” She giggled, and her large doe eyes grew warm. “I’m just so thankful God brought us together,” she said. “He’s a true angel.” She talked about loving his smile, his little hands, even his toenails. “I know that sounds crazy, I know, but I love everything about him,“ she said. “Everything.”

She Just Had A BABY!

So that brings us back to what some believe- that because of Wissam’s race and culture- where thick African American women aren’t in abundance, he may not be able to appreciate her voluptuous thick frame after giving birth and may be now turned off that the once petite Janet has a lil’ more meat on her bones to love.

We don’t know if that’s the case or not, but whatever the reason, the fact still remains that Janet gave birth just THREE MONTHS AGO, so what else do people expect her to be? We know that in the entertainment world we oftentimes see female celebs pop babies out and then walk a red carpet 2 weeks later, looking like they were never pregnant at all. But in the REAL world, women experience the beauty of giving birth, as well as the beauty of a lil’ pregnancy thickness afterwards, no big deal. Thoughts ILOSM fam?’