There’s always been a long standing debate over whether or not psychics, or mediums as some of them prefer to be called, are actually authentic. Some believe in their ability to see things that us normal-wired people cannot, while others believe that the mediating cosmic individuals are excellent scammers. *Scroll down for video* 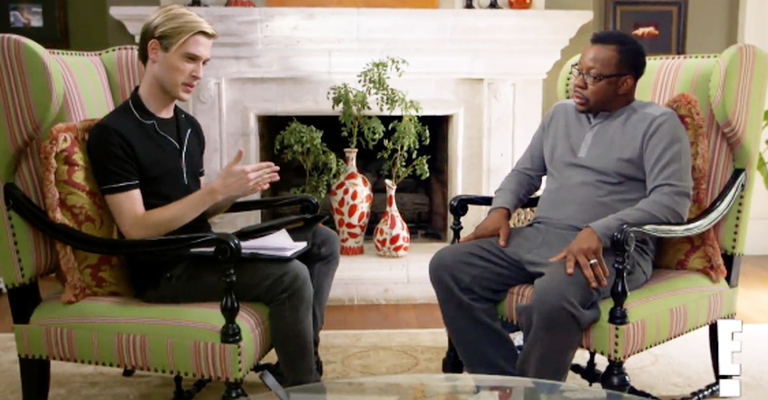 I’ll just stay neutral and say that for me, the jury’s still out as to whether or not I actually believe that psychics are able to say, speak to our deceased loved ones. However, Bobby Brown is more firm on his stance about the topic- he apparently believes psychics are the real deal and can, in fact, chop it up with the the other side. He may be right…or may not be right, who knows? But for what it’s worth, y’all must check out what clairvoyant medium, Tyler Henry, told Bobby B. on the upcoming episode of Hollywood Medium With Tyler Henry, about his beloved ex-wife, the late Whitney Houston.

According to Henry, Whitney made a guest appearance on the show as well- by way of his psychic connection. She reportedly revealed a surprising fact about her health at the time of her death, that only Bobby and very few others in her life actually knew:

“I have a woman coming through, having me talk about her heart,” Henry told Bobby in the clip airing on May 17th. He continued: “And this is very clear in the way that this comes through, she’s very insistent to acknowledge, ‘No matter how I died, I need them to know the heart. I need them to know the heart.’ And there’s a feeling of having a susceptibility to a heart arrhythmia and also having a susceptibility just to a heart issue.”

As Henry’s apparent cosmic connection with Whitney continued, he further explained to Bobby:

“But I can distinctly tell there are other aspects to this passing. People talking about this or discussing this heart thing, but it’s something else. It’s like, or ‘I die of something else,’ or ‘People think I die of something else.’ And there’s just an emphasis on basically saying like, ‘People don’t know the full picture of how…to what extent this really affected me.’”

Then when Henry Tyler asked Bobby B. if there had been in recent discussions in his life regarding someone he knows having a “heart condition,” a somewhat stunned Bobby replied, “Yeah, my ex-wife.”

Wow! I don’t know if psychics/clairvoyant mediums are real, but there’s one thing we’ve all learned from Bobby’s confirmation- that Whitney had a heart ailment. Did that actually contribute to her drug overdose in 2012? Maybe, maybe not, but at least we have a tad bit more clarity into the health of one of our favorite singers of all time. Rest on Whitney “Nippy” Houston.