After Bobby Brown testified and helped Bobbi Kristina’s estate win a $36 million wrongful death civil lawsuit against Nick Gordon, Bobby is now speaking out for the first time since Thursday’s trial. See what he said below… 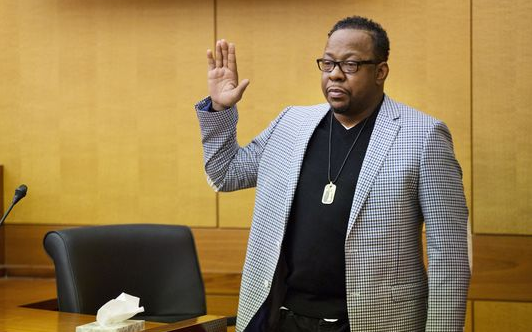 As Bobby continues to mourn the death of his daughter, he's also continued his pursuit for justice for her death, which he believes was a murder at the hands of Nick Gordon. Here's what he stated in a statement released on late Thursday: 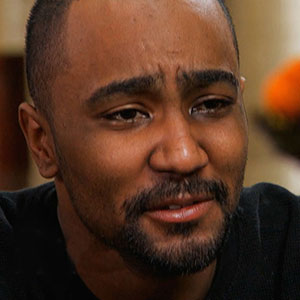 Via USAToday: "I do need for the district attorney’s office to step up and begin the criminal prosecution of Mr. Gordon," he said in a statement released by his attorney Christopher Brown (no relation) late Thursday. "The delay in that matter is of great concern to me and my family. We need for District Attorney (Paul) Howard to act now.” 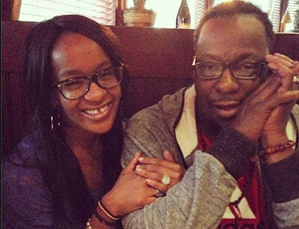 “We have said all along that Nick Gordon was responsible for the death of Bobbi Kristina Brown and the harm of losing a child is immeasurable,” Christopher Brown said. [...] "I do know that Mr. Gordon will be unable to slander my daughter’s name in the future or obtain any benefits from the use of Krissy’s name," Bobby Brown added in his statement. 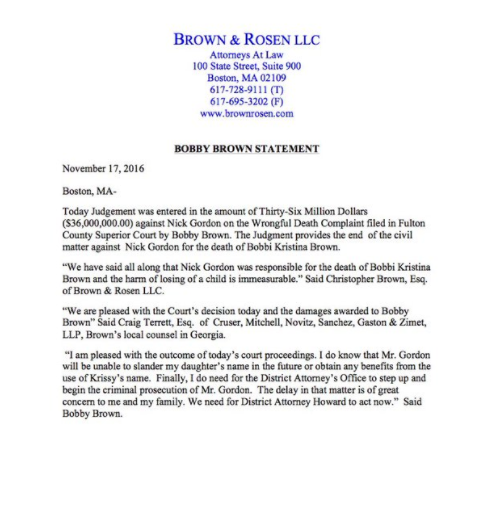 Bobby also thanked all of his fans for the support he's received through these tough times for him and his family:

Legally, there is no limit to the length of time a prosecutor can investigation a person's death in the state of Georgia, so Bobby could very likely be waiting for a while. 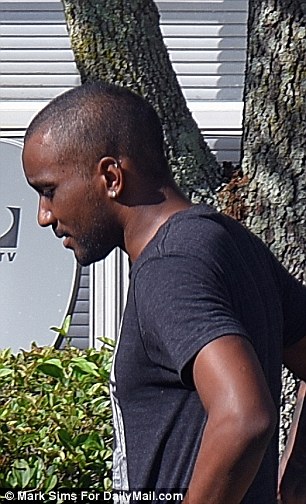 In the meantime, Nick has some other dire issues, he needs to figure out how he's gonna spring that $36 million bill to Bobbi Kristina's estate.
Prev 1 of 2 Next