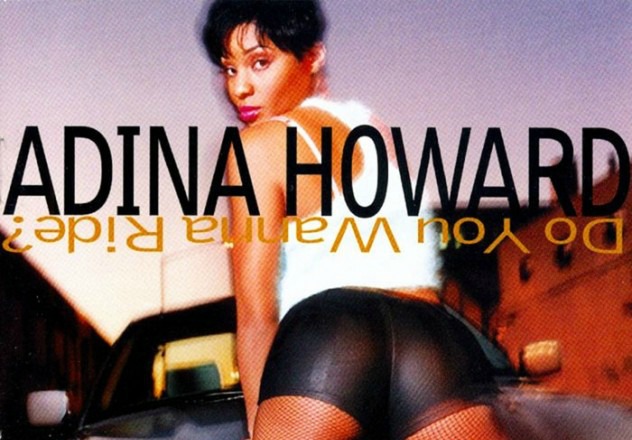 The year was 1995 when singer, Adina Howard, had women everywhere singing the lyrics to her hit single:

It was a time of liberation for women who wanted to be free to express their sensuality without being judged about it and having unrealistic expectations placed on them.

Adina came along at just the right time, to spread her non-apologetic sexual/sensual liberated messages to the the world, with songs like “Freak Like Me” and “Do You Wanna Ride.” Fast forward to 2019 and ol’ girl is beautifully showing her gray hair and telling her story.

While on an appearance on TVOne’s Unsung, it was revealed that while working on her second album, Howard and Wanya Morris (of Boyz II Men) had a “thing” going on. But he was also dating Brandy at the same time.

Brandy and Adina were both signed to the same record label at the time (Adina was on EastWest — the sister label to Atlantic).

“Two young ladies, a lot of their egos get in the way and were kind of going through it about a guy,” Adina recalls.

Eventually, the feud between Adina and Brandy was brought to the attention of the label head Sylvia Rhone. Rhone supposedly called Adina, and told her to focus on her music, and not the relationship. Adina wasn’t trying to hear that.

Next Page: See The Video, And How Adina Howard Reacts >>>