Brandy Throws Major Shade When Asked To Do Monica’s #SoGoneChallenge

If you haven’t heard of the popular #sogonechallenge, you must be hiding under a rock! Although we’re all old school here, the #sogonechallenge has a life of it’s own that you can’t get away from. So now that a bunch of celebs and folks are recording a unique version of the song, “So Gone”, it was only a matter of time that someone would mention Brandy’s name….but there seems to be some tension!

The “beef” between Brandy and Monica is long-documented, going all the way back to 1998 following the release of “The Boy Is Mine”. The tension was reignited again after the release of their second musical collaboration “It All Belongs To Me” in 2012 and their shared cover of EBONY magazine. 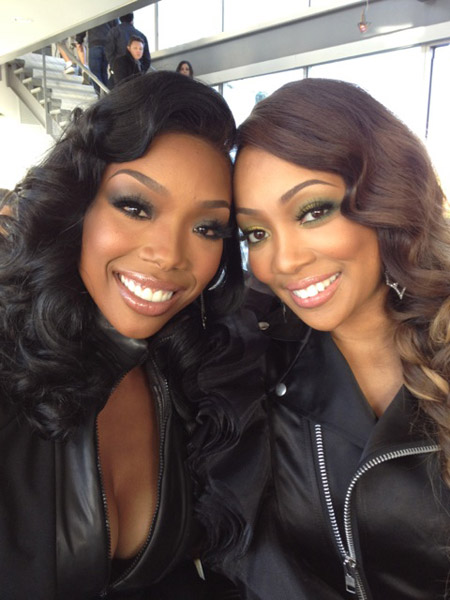 As reported by Bossip, earlier this year Brandy told EW:

It was so long ago, I’m just in a different space. I don’t talk to Monica. We are on different paths.

Fast forward a few months and it appears that not only do the two singers not speak, there appears to still be quite a bit of animosity, at least on Brandy’s side of things.

Here’s what happened when a fan asked Brandy if she would take part in social media’s latest craze, well… 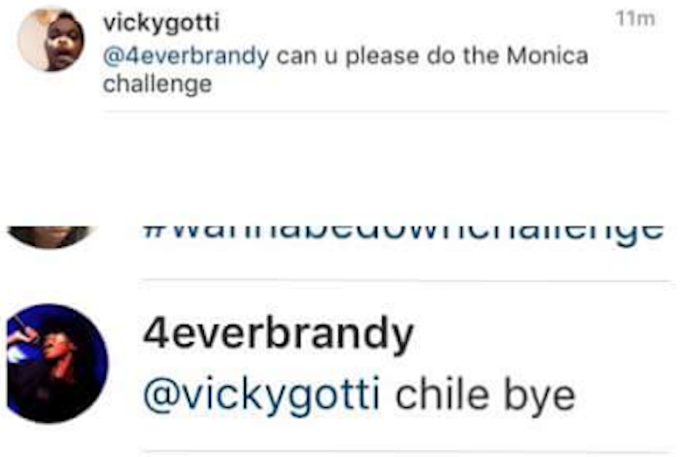