Chaka Khan Claims Stevie Wonder “Exploited” Her, But Explains Why She’s Not Mad At Him 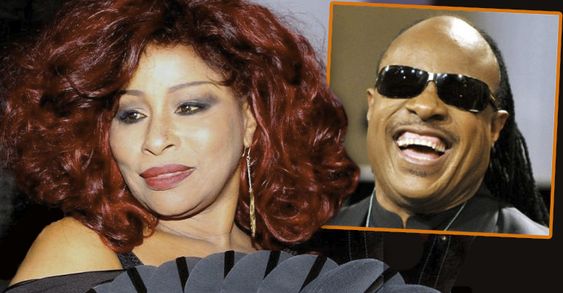 Chaka Khan revealed in her book, Through The Fire, that she was “exploited” by soul legend, Stevie Wonder when she was in her 20’s, but she doesn’t regret it and isn’t bitter about it.

The exploitation took place when Stevie was working with Rufus ft. Chaka Khan, on their 1974 album, “Rags To Rufus.” Both Chaka and Stevie wrote some of the songs on the album and apparently Chaka gave up a LOT of bread that she could have earned for being a co-writer on their biggest hit song from that album, “Tell Me Something Good.” But that is where she says she got exploited by Stevie. Here is what Chaka detailed about that in her book:

“Next thing I know, I was working with Stevie Wonder on the lyrics for “Tell Me Something Good.” And because I was jazzed about having Wonder on our album, I forfeited a co-write credit. A lot of people can’t believe that. They ask me if I’m bitter. Did I feel exploited? If I had been able to predict that song would be a smash, would I have done things differently? No, I’m not bitter. In a way, I was exploited but that happens to everybody no matter what field he or she is in.”

Chaka has a great outlook about the millions of dollars she gave up, many people would have still been holding a grudge against Stevie 40-plus years later. But the truth of the matter is business is business, so Stevie wasn’t really at fault, because it was up to Chaka to have the knowledge, or at least a knowledgeable team around her to advise her to do otherwise.

“The Rags To Rufus” album earned Rufus ft. Chaka Khan their very first Grammy Award and it sold over a million copies at the time of it’s release. Who knows how much it’s earned by now- with all of the movies, commercials, and additional albums it’s sold.

We can’t really blame Chaka for not being bitter, because if it weren’t for the success of “Tell Me Something Good,” which Stevie added his flavor to, then Rufus may not have blown up at the time that they did and Chaka might not have become the Chaka we know her to be today. So Chaka’s amateur decision was actually like a blessing in disguise.