Make some noise if you remember “Maxine Shaw” from Living Single a.k.a. “Pam” from The Cosby Show, a.k.a. actress, Erika Alexander! Now that we took that quick trip back down memory lane like Minnie, let’s talk about Erika and her husband of almost 20 years, screenwriter, Tony Puryear.

At first glance, Erika and Tony may look like the odd couple to some. Why so? Well because for starters, the obvious reason is Erika is Black and Tony is White. Now here is where it gets a little surprising- Tony is one of the Blackest White men you’ll ever meet because you’re talking about a guy who was neighbors with Malcolm X while growing up and whose parents were heavily involved in the civil rights era. 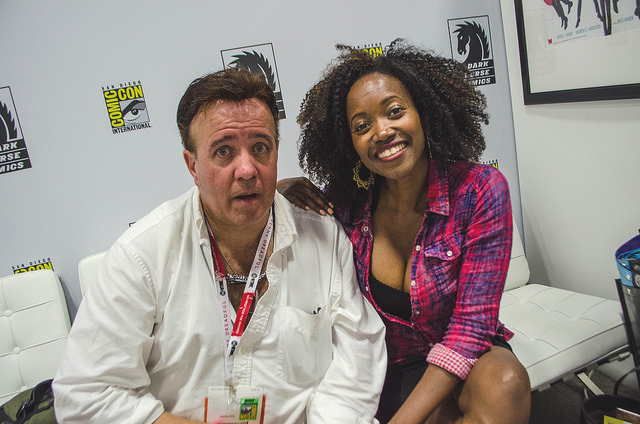 The other reason we say that, is because Tony isn’t White…well at least not 100% White- Tony is actually a Black man as well. He is often mistaken as being solely Caucasian, but he is half Black and half White and he says that he identifies himself as a Black man only. Here is what Tony explained about his ethnicity:

“I’m from New York City. I’m biracial, but I grew up in a Black neighborhood (Malcolm X was our neighbor) and my family was very involved in the Civil Rights Movement, and though I’m not the darkest brother you ever saw, I have always identified as Black. I went to The Bronx High School of Science and Brown University, where I majored in art.

I’ve worked in advertising and made TV commercials. I directed Hip Hop videos for old-school artists like EPMD, LL Cool J and K-Solo (if your name was an acronym, you hired me). As a screenwriter for the last 20-odd years, I’ve written screenplays for a who’s who of Hollywood’s A-List, from Mel Gibson to Jerry Bruckheimer to Oliver Stone to Will Smith. I became the first African-American screenwriter to write a $100 million+ blockbuster with my 1996 script for “Eraser”, starring Arnold Schwarzenegger.” 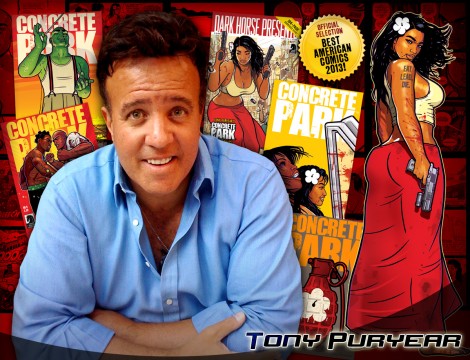 So ever since they married in 1997 (which they deserve an award for in terms of Hollywood marriages), we’ve been thinking that Erika was with a White brother, but it turns out we were halfway wrong. I tell ya’ we learn something new around here everyday.
On a side note, Erika and her hubby have been earning a pretty cool living as of late. Here’s a quick fun fact about these two soulmates- Last year they…