Not everyone would be able to admit -and especially not publicly- that they were the reason behind the dismantling of their marriage, or long term relationship. Chris Rock (53) is not that guy though. After having been divorced from his wife of 20 years, Malaak Compton (48), for about a year now, he’s righting his wrongs by coming clean about the role he played in their demise.

In a 2017 interview with Rolling Stone, Rock invited a journalist to one of his current comedy shows, which he is dubbing ‘The alimony tour’ as a chuckle at all of the money he says he’s now dishing out for his divorce lawyers, his ex-wife’s divorce lawyers, her alimony payments, and just about everyone else who was in the court room during their proceedings.

He revealed few facts about how he screwed up their marriage, the difficulty of now having joint custody of their two teen daughters, how his wife decided it was time to part ways, and why she hates him now. Check out the very candid excerpts below:

On His Cheating With Celebs & Everyday Women:

Rock admitted to cheating on Malaak with three women- two were celebrities and one was a non-celeb.

Via RS: He segues into his infidelities and gets disarmingly specific, describing three women: one famous, one semifamous, and one a member of the retail class.”I wasn’t a good husband a lot of the times. I was a piece of sh*t.”

On thinking His Fame & Fortune Allowed Him To Get Away With Cheating on His Wife:

“That’s bullsh*t,” he admitted. “That actually goes the other way. My faults are magnified. Your significant other, if they really love you, has a high opinion of you. And you let them down.”

On How Tough Marriage Is:

“Marriage is so tough, Nelson Mandela got divorced. … He got out of jail after 27 years of torture, spent six months with his wife and said, ‘I can’t take this sh*t no more.'”

On A Woman Needing Him vs. Loving Him:

“Need is big. A woman breaks up with you, the first thing she says is ‘I don’t need this shit.’ She doesn’t say, ‘I don’t love you,’ she says she doesn’t need you.” 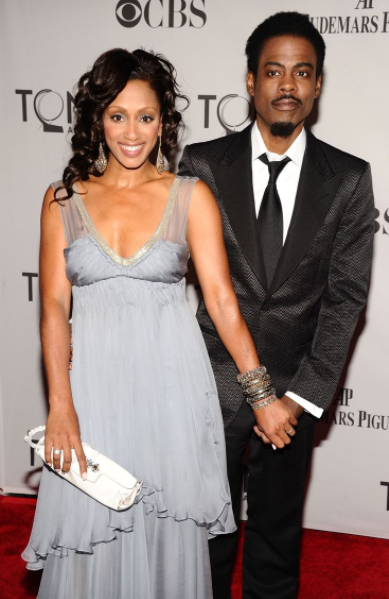 On Ex-Wife Now Hating Him:

“If someone wants 52 percent custody, you know they want to kill you.”

The Difficulties Of Him Staying Faithful While Famous:

“Men, it’s a lot easier to be faithful when no one wants to f*ck you.”

On Trying To Keep Peace & Respect His Ex-Wife:

Rock admits that he has toned down the marriage part to keep the peace and not be a d*ck. “It’s not fair,” he says. “I have a mic, she doesn’t. God forbid people are bugging her in the supermarket. That’s not cool. I’m going to have to see her at weddings and graduations.”

On The Difficulties Of Adjusting To Single Life Again:

“I never had one,” says Rock. “Getting divorced, you have to f*cking start over. You get to reset. It’s not a breakdown, but something in your life broke down.”

Will He Remarry? Hell Naw

“Would I ever get married again?’ he said. ‘Not if it would cure AIDS.”

Today both Rock and his ex-wife, Malaak have moved on, although it does sound like Chris still would love being with his wife, understandably so, he messed it up, and they have a lot of history together. But on the flip side, he also seems happy with his current girlfriend/actress, 33 year old Megalyn Echikunwoke.