Singer, Ciara, is currently pregnant and happily married to her NFL husband, Russell Wilson (quarterback for the Seattle Seahawks). We couldn’t be more happy for them right now because they seem like such a loving couple. However, they obviously have romantic history with other people from their past, and ever since Saturday’s (1-15-17) playoff game between the Seattle Seahawks and the Atlanta Falcons, Ciara’s dating history has been the current topic of social media.

That brings us to the point of this article, as many of us know, Ciara has dated a few celebrities prior to Russell, including rappers, Bow Wow, Future, and 50 Cent as well as NBA player, Amare Stoudemire. Bow Wow and Future are the exes that are currently trending though. Why? Because they were the talk of social media when they popped up at Saturday’s playoff game and sat sideline (obviously in clear eye view of Russell) in support of their home team of Atlanta. 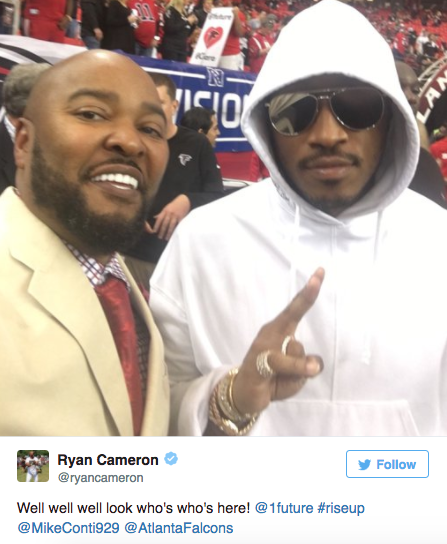 Cameras captured both of them and many wondered if that would apply added pressure on Russell, along with the obvious pressure of having to win the playoff game in a push for the Super Bowl… 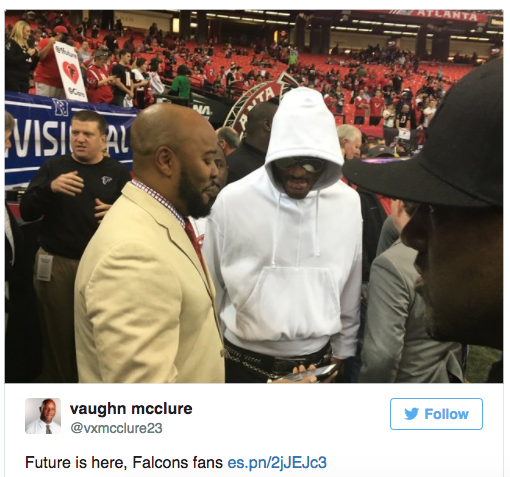 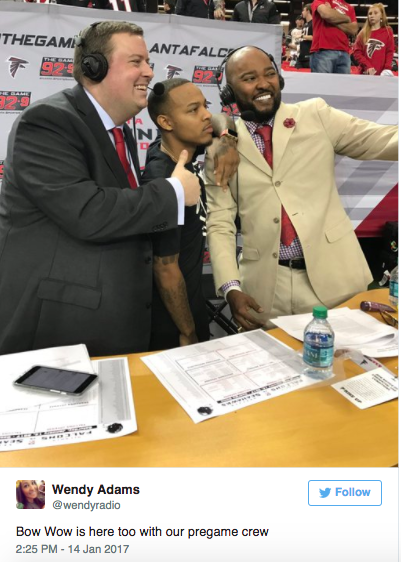 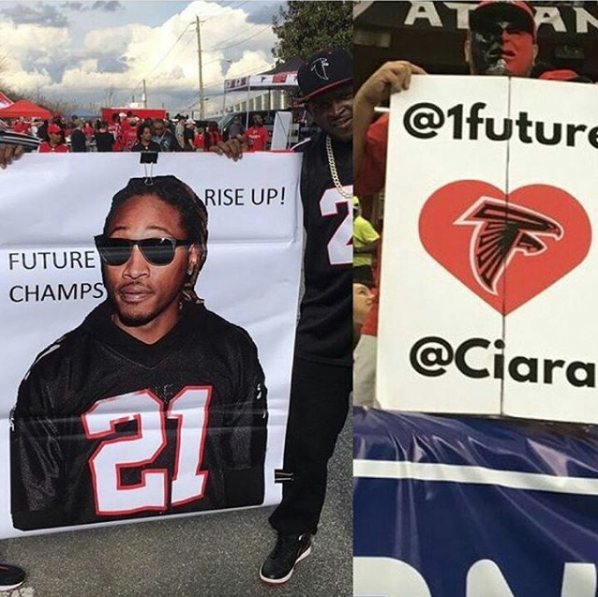 What ended up happening is the Seahawks did take the ‘L’ with the final score being 36-20 Atlanta Falcons.

Afterwards, many people took to social media to taunt Russell for what they perceived as him crumbling to the pressure of Ciara’s exes sitting on the sideline. While many others supported Russell with encouraging or appreciative words for his great efforts this season. 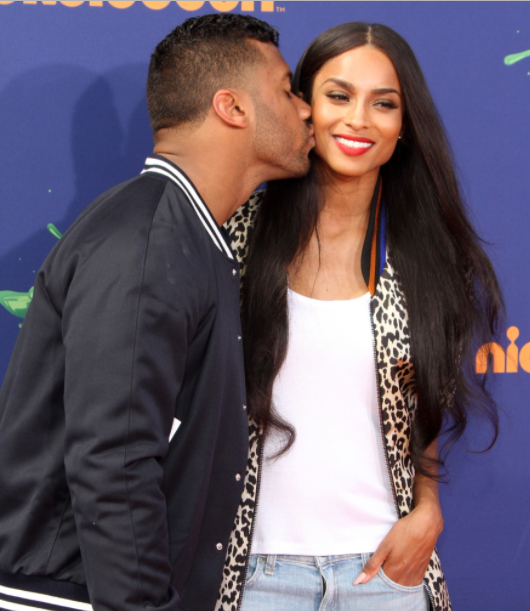 In response to the taunting and the loss, Russell and Ciara both posted Instagram messages of gratitude for their ‘family,’ which included a photo of Russell and Ciara with Future’s and Ciara’s, son (also named Future). Not sure if that was done to taunt Future or not, given the rocky history between the three of them, but it’s still good that they didn’t start any back and forth Twitter beef. 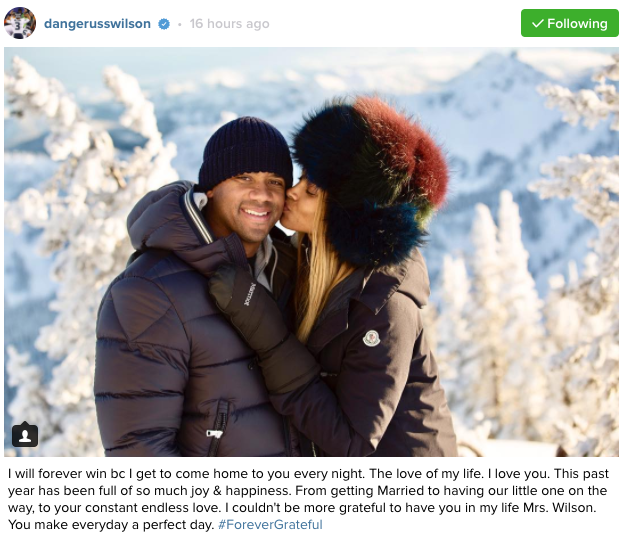 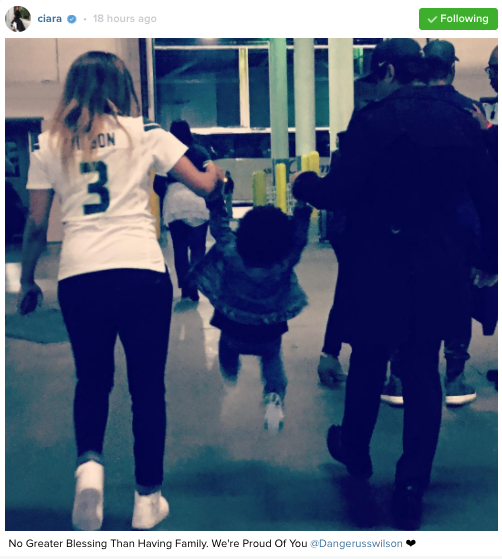 FYI: Although Bow Wow is very happy for Ciara, Future on the other hand has had several public issues with her, regarding their young son, Future Wilburn, whom Russell is close to also. The tension between them was so bad, that up until a few days ago, Ciara had a defamation lawsuit against Future, which could indicate that they’re trying to bury the hatchet. 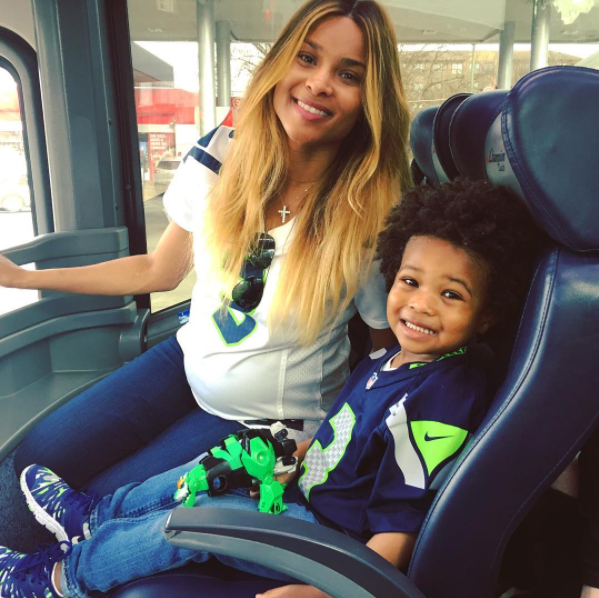 Overall, it was great to see that all parties involved- Future, Ciara, Bow Wow, and Russell- handled the playoff game situation like grown folks.