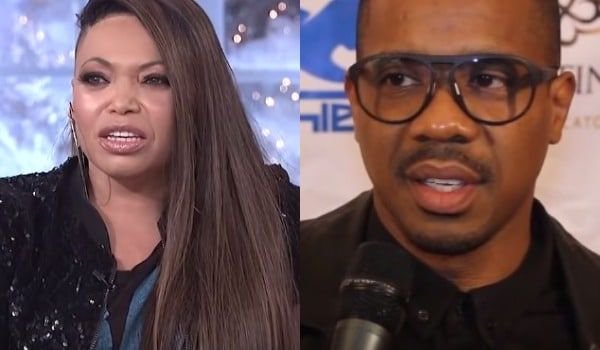 Uh-Oh, it looks like these two former “love birds” are still battling their differences in court! Tisha Campbell and Duane Martin have recently being going back & forth in court over allegations Tisha made earlier this year. As the ex-couple now makes new headlines it’s actually because Duane is now speaking up and filing against Tisha’s claims.

Back in January of 2019, Tisha Campbell filed a claim in court against Duane Martin for a domestic violence restraining order. She alleged that Duane has been physically abusive in their relationship for years, but it doesn’t stop there!

The Blast reported that in February, Tisha filed new claims in their custody case stating that, “she does not believe Duane should have joint custody at all.” As the two continue to fight this ongoing battle from their divorce to custody case, the feud is getting even more intense!

After Tisha’s allegations hit the internet, headlines began to dig deeper into their custody case and new details have emerged. Although the two have been married for 2o years, it seems that as time progresses it’s getting even uglier!

Duane Martin is now reportedly calling Tisha Campbell out in new court documents and his claims are even more shocking. According to Vibe, Duane Martin is basically calling Tisha a “liar” after claiming that she is falsifying and manufacturing her domestic violence allegations. Apart of his bankruptcy case, Duane recently filed a declaration to the court.

After obtaining court documents, it is reported that Duane is “denying allegations he had a $2 million dollar home in California” from creditors. The shocking details behind Duane’s new claims against Tisha’s domestic violence restraining order back in January 2019 is leaving on the edge of their seats!

Next Page: Why Duane Believes Tisha Is Lying >>>