When SWV’s Coko Clemons isn’t SANGIN’ her heart out on stage- with her fellow SWV group member, Taj George and Lelee Lyons- she’s spending time with her husband, Mike Clemons, and her two sons (one with Mike and one from her previous relationship). Although we love to hear Coko sing, here at ILOSM, this time around the topic of discussion is on her and her hubby.

Fifteen years ago today (October 19, 2017), Mike and Coko took the leap of faith and jumped the broom, after just 6 months of dating. Mike, as a professional drummer in the music game, and Coko’s love of music is probably what contributed to their love connection moving at lightening speed at that time. Apparently, they both got ‘so weak at the knees they could hardly speak, lost all control’ and said “I do,” while many folks around them were saying ‘Oh HELL naw…don’t DO, it’s TOO SOON!’ Coko will explain this in a minute… 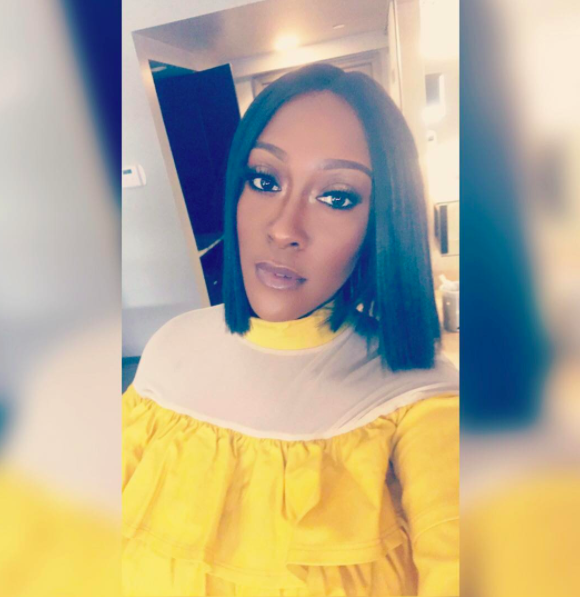 You see, ILOSM fam,’ sometimes we just gotta go with our gut instinct- sure we may strike out, but hell, that’s what the Higher Power gave us legs and hindsight for. If we screw up, we look back in hindsight and have a clearer vision of what we did wrong, then we use that wisdom to keep walking/running forward toward the next opportunity. In the Clemons’ case, they moved on their gut instinct to get married and today, as they celebrate their 15th year of marital bliss, they’re glad they did.

To commemorate their anniversary, they both took to social media to send a few loving shout-outs to one another.

Coko’s Anniversary Messages
Coko not only sent some beautiful lovey-dovey words to her husband, she also seized on the moment to shut up her prior wedding haters who said it wouldn’t “last 15 minutes.” See what she said here:

“When we got married after dating for only 6 months, many said “I give them 15 mins! They are not going to last!” Well, it’s 15 years later…we got the last laugh!! It hasn’t always been easy but our love is strong!!💕 I have your back & you have mine too. Forget Bonnie & Clyde, it’s all about COKO & MIKE!!! I love you always @bigmikeclemons”

Gotta luv Coko’s unfiltered personality, yeah she may be a bit bossy at times, or maybe even a lil’ moody, but she’s still a cool ’round the way chick, which is what we learned from SWV’s prior reality TV show, SWV: Reunited.
Mike’s Anniversary Message To Coko
Now onto her husband, Mike’s wedding anniversary message to her. His was a tad more subdued than Coko’s, but he still kept it real about loving everything about her ad about being with her- even their not-so-good-moments:

Fly At 47!
And of course we can’t end this thing without giving y’all one of Coko Clemons’ swagged out moments. The other day she flossed for the ‘Gram, showing everybody how to be 47 and fly: