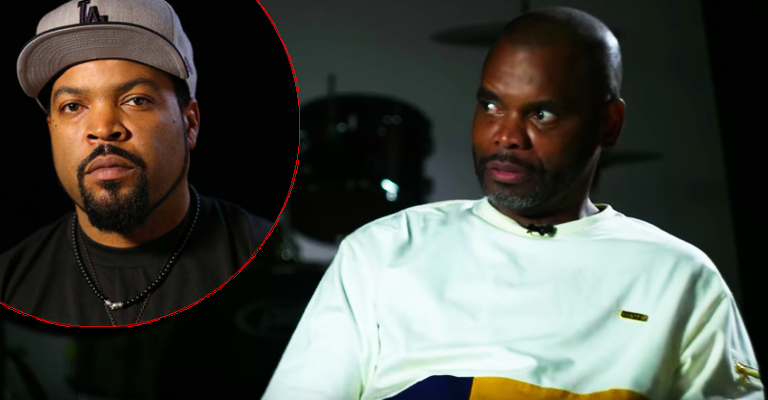 The year was 1995 when comedian/actor, A.J. Johnson, cracked us up in his role as “Ezal” the ‘crackhead’ in Ice Cube’s, Friday. With mostly then unknown stars, like A.J., Chris Tucker, Faizon Love, and Bernie Mac, as well as known stars, like Regina King and John Witherspoon, Cube proved he had the eye for talent. A.J.’s comedic delivery in the film, further proved that point. His classic one lines such as, “Owww! My neck…my back…my neck and my back,” as he purposely fell to the floor in that grocery store scene, was genius!

Unfortunately, we never got to see “Ezal” in the next Friday installments and for the first time ever, A.J. Johnson has revealed why. In an interview with Vlad TV, he detailed how Ice Cube reportedly did him wrong behind the scenes. *Scroll down for video*

A.J. Johnson kept it real when asked if the Friday actors are getting any residual royalties from the film today:

“Yeah we still get residuals…like 60 cents. …You gotta pay more to cash the check, than what you got get. The check is 60 cents and you gotta pay three dollars to cash it.”

AJ then explained how the huge response he’d received at the premier of Friday, caught Ice Cube off guard, prompting Cube to somewhat regret not giving him a larger role…although AJ initially tried to convince Cube to do so, allegedly:

“At the premiere, it was crazy…everybody [was laughing]. And when [Ice Cube] came back there and said ‘Damn man, we shoulda had you through the whole movie,’ I wanted to sock him!”

AJ Reveals How Cube Reportedly Did Him Dirty

Then came time for Next Friday and that’s where AJ says Cube dogged him. When Vlad asked AJ why he wasn’t ‘asked to be in Next Friday,’ AJ revealed this:

“I was asked. … Cube called me and we had a meeting…and we was talking about the money. And we came to a number (a payment agreement) that I was getting and we shook hands, and we was gonna do it (film the movie, Next Friday). … About 2, 3 weeks later…I was in the movie, I was gon’ shoot it…and I get a phone call [saying], ‘Man, you know they’re shooting Next Friday.’

He says the caller then went on to explain that Cube and the rest of the cast were “on 105th street shooting” Next Friday as they spoke. Thinking there must have been some type of miscommunication about the filming, AJ revealed he got a rude awakening when he showed up to the Next Friday set:
“So I get in my car and I go down there. I tried to go on the set to talk with Cube, but he done already had me barred off the set, where I can’t even get on…to talk to him.”

Then came the next shocker for AJ:
“Come to find out, he done hired the dude from Onyx [rap group] play my part.”

Wow! We haven’t heard Ice Cube’s side of this story, so we’re not sure why things went down like that at the time. However, hopefully they’ve since been able to forgive and move past this.