‘Coming To America’ Sequel In the Works? Eddie Murphy’s Daughter Speaks Out 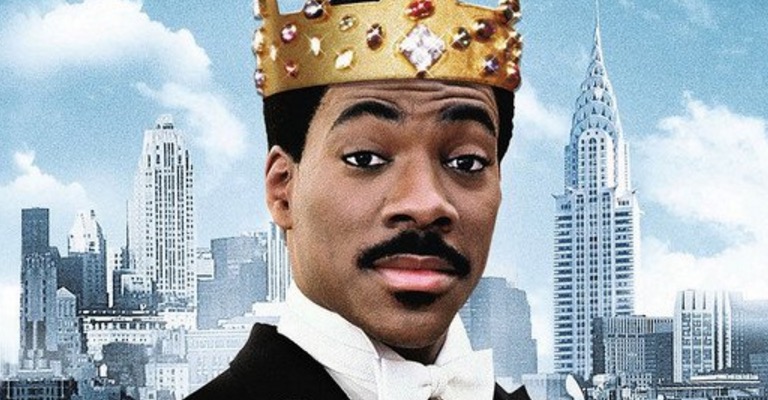 Have you heard about Coming To America 2? You’ve probably seen fake memes and Photoshopped movie posters on social media by apparently, Coming To America 2 is a real topic of discussion these days and it’s rumored that Eddie Murphy is reportedly working to bring the idea to fruition. Over the past couple days, there’s been lots of chatter about the classic 1988 film and it all began with a mysterious tweet.

Tweeting About the Sequel?: 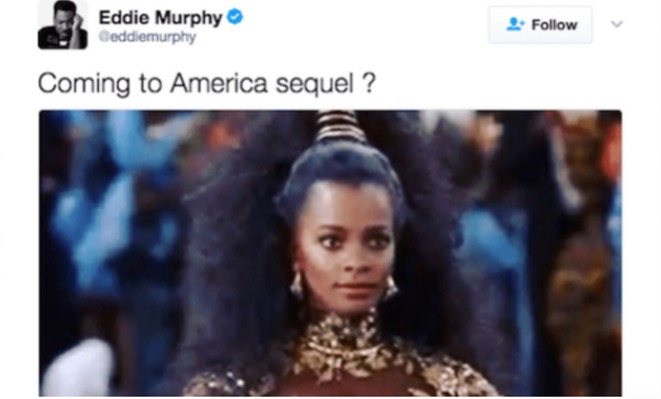 As expected, fans began responding almost immediately. But, there’s one person who hadn’t said a word at all. Bria Murphy, Eddie Murphy’s daughter, claims her father knew nothing about the tweet – or the official Twitter account.

Bria took to Instagram with a screenshot of a brief conversation she had with her father. The text messages told fans all they needed to know about Coming to America 2.

Although Eddie Murphy’s daughter has confirmed her father’s Twitter account was hacked, Vanessa Bell Calloway was also asked about the film. Since she was featured in the photo posted on Twitter, the famed actress, who portrayed Princess Imani was asked if she was aware of a possible sequel. She admitted the tweet seemed as if the account had been hacked but did confirm she’d be on board if Eddie ever decided to pursue the project.

I’m wondering if Eddie was hacked, though, wasn’t there some big thing about Twitter being hacked? Because you know, Eddie’s a very private person as we know, he’s a very kind man, but he’s very private and I really think that maybe it could’ve gotten hacked and that’s why it’s down because it’s not true, unfortunately. I mean, that’s something I thought. I don’t know for a fact, I haven’t talked to Eddie in years but I hope it is true. I hope I’m wrong. It would be a perfect sequel.”

Although some fans wish Eddie Murphy would consider a sequel, most believe some films should be left untouched; no remakes or sequels. Coming to America is considered one of those films.

Would you want to see a Coming to America sequel? Share your thoughts.