Today is quite a momentous day for Gabrielle Union and Dwyane Wade. The famed couple shocked fans today when they announced the birth of their baby girl. For most fans, the baby’s birth came out of left field and its somethin’ many have had to see to believe but the two definitely have a new baby and the photos have gone viral.

Earlier today, the NBA baller shared multiple candid photos of them meeting their little bundle of joy for the first time. He described their big day with the lyrics to Bill Withers’ 1977 hit “A Lovely Day.” With the photos, he wrote “When I wake up in the morning’ love. And the sunlight hurts my eyes And somethin’ without warnin’ love Bears heavy on my mind Then I look at you And the worlds alright with me Just one look at you And I know it’s gonna be A lovely day! We are sleepless and delirious but so excited to share that, our miracle baby, arrived last night via surrogate and 11/7 will forever be etched in our hearts as the most loveliest of all the lovely days. Welcome to the party sweet girl! #onelastdance @gabunion”

As expected, both posts have gone viral in no time. Fans from all across the world have congratulated Dwyane and Gabrielle on the birth of their daughter, but of course, the photos have garnered mixed reactions. While most of the comments have been positive, others have been confused by the photos at first glance. Of course, many have asked if Gabrielle Union was pregnant and managed to hide the pregnancy. Others even criticized her for the hospital photos, but those who know her story can’t help but be happy for her. In fact, many fans have fiercely defended the famed actress’ photos of her bonding with her baby. 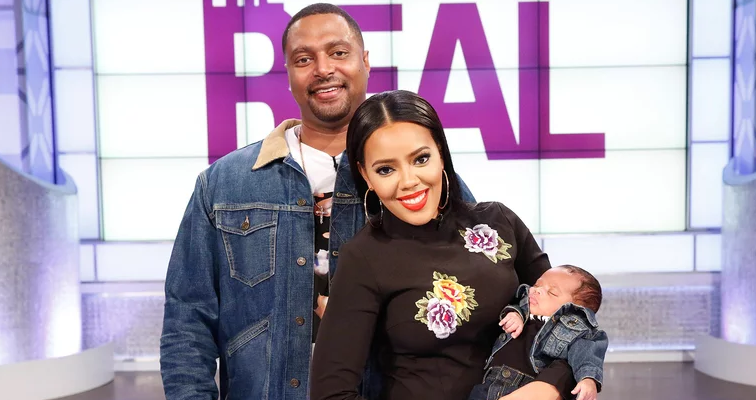 Angela Simmons Speaks After Ex-Fiancé Murder, Man Turns Himself In, Charged With Murder

One Facebook user broke it all down for those who bashed Gabrielle. “For those wondering why she’s in a hospital bed… I’m sure they were present for the labor and birth. I’m sure they now have a patient room because babies aren’t sent home immediately. She’s the mother and babies bond with skin to skin contact. She didn’t get to bond with baby like a mother who carries…so she’s making that connection ASAP!”

We are sleepless and delirious but so excited to share that, our miracle baby, arrived last night via surrogate and 11/7 will forever be etched in our hearts as the most loveliest of all the lovely days. Welcome to the party sweet girl! #onelastdance @itsgabrielleu ❤️ ♥️ ♥️ pic.twitter.com/JudAeQlbJ7

For Dwyane and Gabrielle, the birth of their daughter is nothing short of a glorious victory. The child’s birth comes after several, painful miscarriages the couple has endured. In her book, Gabrielle Gabrielle opened up about the miscarriages and the nightmare pregnancy has been for her. Despite rounds of IVF, Gabrielle hasn’t been able to successfully carry a baby to term. “I have had eight or nine miscarriages. For three years, my body has been a prisoner of trying to get pregnant — I’ve either been about to go into an IVF cycle, in the middle of an IVF cycle, or coming out of an IVF cycle,” Gabrielle wrote in her book.