Give it up for Curtis Mayfield and Ron O’Neal a.k.a. “Youngblood Priest” in “Super Fly.” Back when our soundtracks were just as powerful as our movies.

Curtis Mayfield was known for introducing social consciousness into African American music as well as R&B and wrote songs protesting social and political inequality. He wrote and recorded the soundtrack to the blaxploitation film, Super Fly with the Impressions. Super Fly is regarded as an all-time great body of work that influenced many and truly invented a new style of modern black music. Just as the Civil Rights Act passed into law in 1964, his group the Impressions produced music that became the soundtrack to a summer of revolution. Black students sang their songs as they marched to jail or protested outside their universities, while King often marched to the peaceful sounds of Mayfield’s Keep On Pushing, People Get Ready and We’re A Winner. Mayfield had quickly become a civil rights hero.

Mayfield, along with several other soul and funk musicians, spread messages of hope in the face of oppression, pride in being a member of the black race and gave courage to a generation who were demanding their human rights. Mayfield has been compared to Martin Luther King Jr arguably for making a greater lasting impact in the civil rights struggle with his music. By the end of the decade he was a pioneering voice in the black pride movement along with James Brown and Sly Stone. Paving the way for a future generation of rebel thinkers, Mayfield paid the price, artistically and commercially, for his politically charged music. Irrespective of the persistent radio bans and loss of revenue, Mayfield continued his quest for equality right until his death.

His lyrics on racial injustice, poverty and drugs became the poetry for a generation. Mayfield was also a descriptive social commentator. As the influx of drugs ravaged through black America in the late 1960s and 1970s his bittersweet descriptions of the ghetto would serve as warnings to the impressionable. Determined to warn all about the perils of drugs, “Freddie’s Dead” is a graphic tale of street life. In 1965, another gospel song emerged – “People Get Ready” by Mayfield and the Impressions. “Keep On Pushing” and “People Get Ready” were two songs that became embedded in the national movement for civil and social rights, heard at all the rallies and marches, songs-as-inspiration. His song “People Get Ready” was written in the year after the march on Washington’s. For many, it captured the spirit of the march—the song reaches across racial and religious lines to offer a message of redemption and forgiveness. 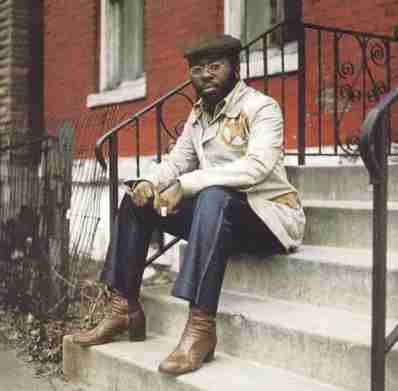 Mayfield was among the first of a new wave of mainstream African-American R&B performing artists and composers injecting social commentary into their work. This “message music” became extremely popular during the 1960s and 1970s.

Mayfield taught himself how to play guitar, tuning it to the black keys of the piano, giving the guitar an open F-sharp tuning that he used throughout his career. He primarily sang in falsetto register, adding another flavour to his music. This was not unique in itself, but most singers sing primarily in the modal register. His guitar playing, singing, and socially aware song-writing influenced a range of artists, including Jimi Hendrix, Bob Marley, Tracy Chapman, Sly Stone, Marvin Gaye, and Stevie Wonder.