D.L.Hughley On What Wife Did When He Confessed That His Secret Love-Child Was Sadly Killed 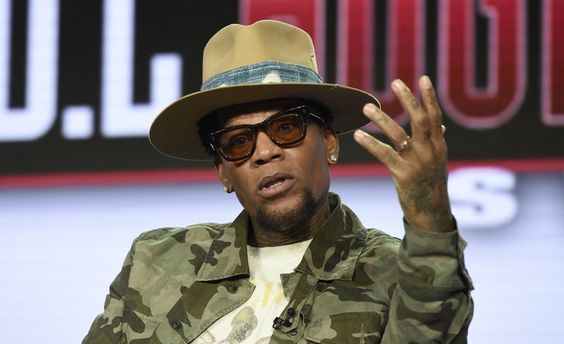 D.L. Hughley wears many hats, as we all know: he’s a comedian, actor, radio personality and a political commentator. He’s also know as a truth teller who’s loved by many and sometimes hated by some, who feel that his truth is a lil’ too much truth that they’d rather not look at. Despite his haters, Hughley’s mostly respected by millions, for being one of the few ‘mainstream’ celebs who boldly speaks his mind, regardless of if his views are highly favored or not.

He’s also known to speak his truths to the world, as it pertains to his personal life, which is exactly what he did in his prior interview on Angela Yee’s (of ‘The Breakfast Club’) ‘Lip Service’ radio show.

D.L. Tells All About Secret His Child’s Murder

Hughley painfully revealed that he had a secret child out of wedlock who was murdered toward the beginning of his marriage to his wife of nearly 34 years, LaDonna Hughley. He married LaDonna when he was just 22 years old.

Although he’d been taking care of his secret child, he bravely discussed how his younger self, at that time, didn’t really know how to handle the grief of losing his child, nor telling his wife *Scroll down for video*:

Hughley: “I had knocked this chick up, and she had the baby…and the baby got killed by her boyfriend. […] It was a horrible HORRIBLE experience. … So I had this baby I’m paying for, I’m a boy, I’m scared, I’m married, I’m just starting out my career and I get a call from my boy and he said, ‘Your son is in the hospital.’ So I go to the hospital and this boy was laying in the bed…apparently her boyfriend had shaken him and…hurt his brain.”

On How His Wife Reacted

D.L. went on to explain how he was afraid to tell his wife about his son, because he would have also had to confess that he’d not only cheated, but had a child behind her back. However, he eventually found the courage to man up to what he’d done. Mrs. Hughley’s reaction was something that deserves a round of applause for being a bigger person about the situation. See how she responded below…

Hughley: “So I knew that one day I would be man enough to one day tell my woman what had happened. So he passes, I’m SO f*^ked up…finally one day I tell my wife, you know what she said to me? ‘I wish you would’ve told me and we could’ve went through this together.'”

In the Lip Service interview, D.L. also revealed that years later, his wife and the mother of his deceased son randomly met at the airport one day, when they both showed up to greet him upon his return. Hughley handled the situation gracefully, by introducing his wife to the woman, and his wife surprised him when she immediately said to the woman who had slept with her husband, “I’m so sorry for your loss.” D.L. confessed that made him feel “so small, because I was a coward in two ways.” You can see what else he revealed about this in his full interview below (he talks about this at the 28:19 mark)…

Moral of The Story

Moral of the story is, it takes a person of great character to be able to place their personal pain -as enormous as it may be- on the back burner, when the pain of the one who betrayed their trust is far greater than his/her own. Much respect to Mrs. Hughley for being a woman of incredible character and respect to D.L. for taking responsibility for his part and being transparent enough to share it publicly. May his beloved son forever rest in peace.