After the Gap Band, Aaron Hall represented someone who was carrying on that tradition from Charlie Wilson. As far as that style of funk singer goes, we call them “squallers.” All of them were emulating Sly Stone. It was that Oooww! Ow ow ow” style of singing, by Sugarfoot from Ohio Players and Leroy Bonner. You would hear Maurice White do that a lot, and even the Commodores were trying it. But really what they were all doing was trying to emulate Sly Stone – who was emulating Ray Charles, of course.

The thing about Stevie Wonder – who falls under that same category, because at first he was really emulating Sly with a lot of his stuff – was that he brought these vocal mechanics into the squall that other motherfuckers just couldn’t do. The only other motherfucker after Stevie Wonder, to me, that did it like that, was Charlie Wilson from The Gap Band. Aaron Hall represented the next generation of that. He was the next Charlie Wilson. 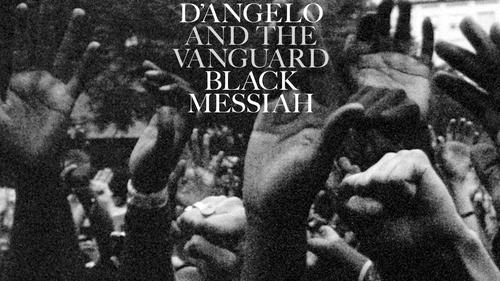 With this “Black Messiah” album, D’Angelo (Government name Michael Eugene Archer) pulled off one of the biggest musical tricks of the year and it looks like the comeback has helped him rake in some dough to pay off his $160 thousand tax debt. The son of a Pentecostal preacher, also struggled, like Marvin Gaye and Al Green before him, to reconcile his sexed-up musical persona with deeply embedded religious convictions. The 40-year-old soulful singer has had his share of financial and personal troubles since his breakthrough album “Brown Sugar” in 1995. From arrests to being accused of owing the IRS hundreds of thousands in back taxes. He got some green sugar and made it sweet enough for the tax man to stay out of jail. Good thing he didn’t owe millions.

According to The Jasmine Brand, D’Angelo’s return may have aided him in paying off a huge tax debt. In court records filed just days before the album’s release, he gave up over $32,000 to the IRS for the years 2004 to 2007.

The Black Messiah entered in the Billboard 200 at No. 5, selling 119,000 copies in its first week. If the album did indeed help get D’Angelo out of financial straits, this is a big win-win to close out 2014.

Check out the court documents here.