Even in the ever-demanding age of social media and camera phones, Michael Archer a.k.a. D’Angelo has found a way to maintain a Prince-esque type of obscurity. Little is known about his private life, except for his past relationship with singer, Angie Stone, and their adult son; and D’Angelo’s brief run-in with the law a while back, but none of that is was initially made public by him, those little fun facts always came from external sources first. For the most part, D’Angelo’s life is a rarely-seen. D’Angelo’s very proud and doesn’t hide his now-grown daughter, but he just doesn’t display her either, and rightfully so. But she, on the other hand, seems to put her Pops on public display every now and then, like any proud child would. See recent pics of her below…

This is D’Angelo’s pretty daughter, Imani, who is clearly his mini-me. She’s 21-years-old, and seems to be a typical young adult- she loves hangin’ with her friends; unlike her father, she loves sharing bits her life and her opinions on social media; and she loves taking selfies. But then, there is her creative side – Imani can SANG and is a gifted musician as well.

Below are a few throwback photos of Imani spending some quality time with her pops, D’Angelo…these are the type of Black father-daughter moments the world needs to see more of, in my humble opinion.
Imani’s throwback Father’s day post… 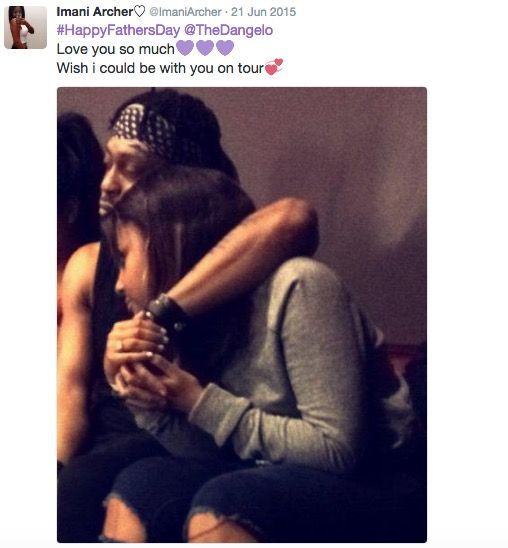 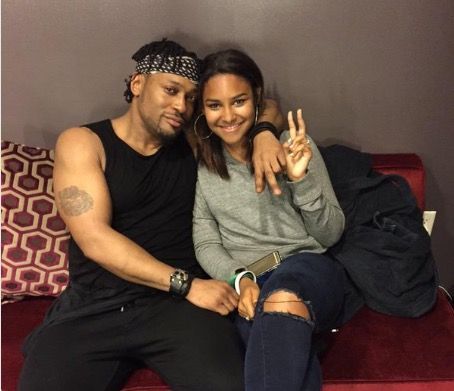 When it comes to vocals and overall musical abilities in D’Angelo’s offspring, this apple didn’t fall far from the tree. Imani’s voice is so bomb..and ol’ girl can even play the ukelele. Check out the video up top and let us know what you think. Get it Imani!

Imani’s mom is a former model named Marcia Daly. D’Angelo and Marcia were apparently in a relationship during the height of the “Brown Sugar” crooner’s career. It’s unclear where they stand today with each other, but it’s apparent that they both love their daughter equally as much, and are very supportive of all her endeavors. Wishing Imani Archer much success going forward.