Legendary NFL Hall of Famer, Deion Sanders, has been going through it lately. First, his 17 year old son put him on complete blast on social media. Now his ex-wife, and mother of three of his kids, Pilar Sanders, just dealt him quite a few huge blows.

Many of us recall win Deion won full custody of their three children and Pilar was only granted visitation rights. He then had her thrown in jail for 7 days for not abiding by the court mandated custody rules. Pilar then released public statements, claiming he’d abused her during their marriage. As a result of her claims, Deion sued and won a $2 million defamation judgement against her in 2015.

Via Bossip: “Sooner or later the truth comes out,” Pilar told Bossip. “Never stop fighting for what you believe to be true…Don’t give up on what’s right and what’s true.” An appellate panel of three judges sided with Pilar on her appeal of a 2015 court decision that found that she defamed Deion by making statements on television and social media that the former Dallas Cowboys cornerback had abused her, their kids and threatened to murder her.

Pilar also recently revealed what she says is the REAL reason that their three kids- Shilo, Shedeur, and daughter, Shelomi- do not want to be around their dad. Check it out below.

Pilar Tells Why Children Chose her Instead Of Deoin 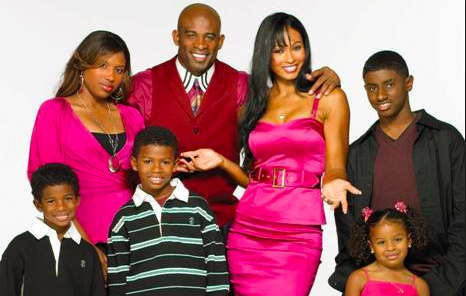 In case y’all missed it, after his mom was granted full custody of him, Shilo threw major shade at Deion a few months ago. Heposted an Instagram message stating, “I’m finally officially back with my mom! … In a healthy, loving environment.”

In a new interview with DailyMail, Pilar says that she now has full custody of their daughter, Shelomi (13), as well. Their son, Shedeur (15), is still ridin’ with his dad, but Pilar said that will soon change too, as soon as football season is up:

She added that the reason Shedur is with his father is because he is starting quarterback on his football team at Trinity Christian School, Texas, where Deion is coach.
“It’s important to him right now,” she said. “That’s all that matters to me and that’s what he wants to do for the season but it’s temporary.” 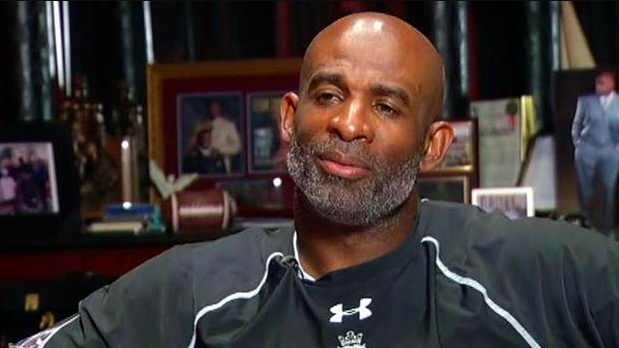 Pilar said the reason their children are not really diggin’ their pops, all stems from the time Deoin had her thrown in jail over them for seven days. They apparently have never forgiven him for it:

“I was put in jail at Deion’s request solely because I had physical custody of my children on the days it was ordered,’ she said. “And regardless of me being in the right and following court orders the Collin County District Judge Ray Wheless wrongfully put me in jail.” As for her ex’s decision to take her to court in such a fashion she said: ‘It definitely affected the children. It didn’t put a good light on their father in their eyes and they were old enough to know and understand. That’s an issue he will have to work out with them for the rest of his life.”

“Children find their voices. Shilo has really been with me for two years and for two years we’ve been petitioning the court. They’re [the court system] giving ear to the children’s voices now and it’s turning around and we’re very grateful for it. I trust the process of life.”

Deion Has To Answer For What He’s Done 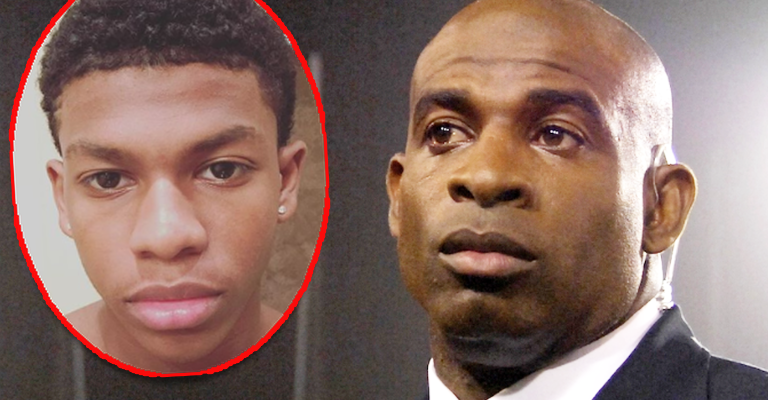 “I can only be responsible for myself and I don’t take anything negatively personally. I don’t pick it up so I don’t have to put it down. Doing wrong to someone who’s done wrong by me isn’t how I work.” [Pilar] added: “For his soul, it is what it is. He’ll have to answer for what he does and has done.”

Deoin Doesn’t Want To Co-Parent, But Is Pilar Open To It?

“I’m open to positive communication; I’m open to him playing a positive role in his children’s life. But it has to come from both directions. I believe the more I speak up, the more people hear my voice, the truth will come out but I always remain hopeful. I keep that door open to him.”

Hopefully they’ll be able to create a more peaceful co-parenting environment for their kid’s psychological and mental well being.