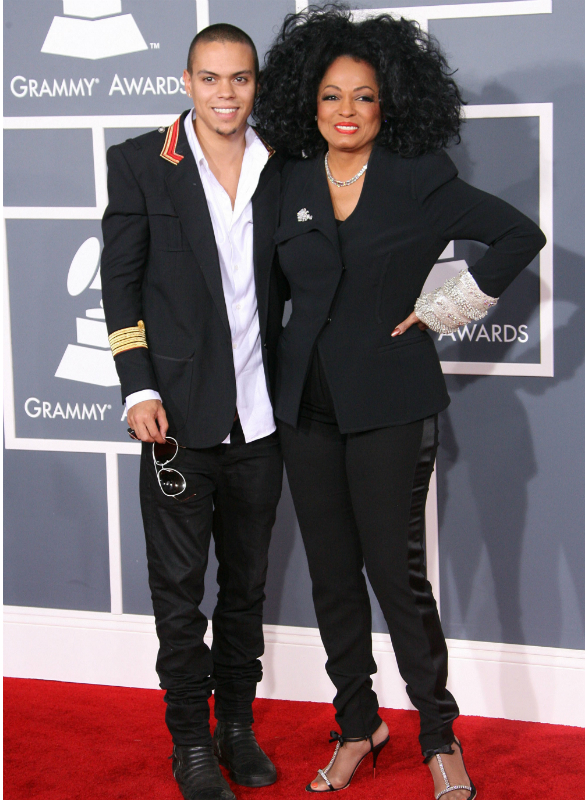 Diana’s son, Evan Ross, was recently married to singer, Ashlee Simpson and the wedding was a big extravaganza that went down at Diana’s place, but apparently it didn’t happen without a lil’ bit of drama beforehand.

Here’s what happened according to Star Magazine.

Ashlee Simpson,29, and Evan Ross, 26, tied the knot over Labor Day weekend in a lavish ceremony at the Greenwich, Conn., estate of his famous mom, Diana, but the picture-perfect day didn’t come without major drama.

According to insiders, the legendary singer had her lawyers draw up a prenuptial agreement that was more than 300 pages long in order to protect her estimated $500 million net worth. “If Ashlee didn’t sign that document, the wedding was never going to happen,” says a source. “She’s far from poor, but her money pales in comparison to what Evan will inherit one day.”

While the actor didn’t want a prenup, Diana, 70, who’s been married twice before, refused to take a chance.

Diana don’t play when it comes to her kids! If you were in her position, would you have done the same thing?