Erykah Badu Did What Most Women Wouldn’t For Her Ex, D.O.C., And His Fiancee

Erykah Badu is an incredible talent and an amazing woman, which is probably why she’s captured the hearts of so many. It’s definitely easy to see why Dallas rapper D.O.C. was attracted to the “On and On” singer. Not only were they romantically involved for quite some time, but they also have a beautiful daughter together – 18-year-old Puma Sabti Curry. Although Erykah and D.O.C. are celebrities, there’s a lot of their personal life fans know nothing about.

Erykah did something that most exes would probably NEVER do…
Now, most women will probably wish their exes well with new relationships, life chapters, and other endeavors, but Erykah Badu went a step further when D.O.C. and his fiancee welcomed her baby. For those who don’t know, Erykah is also a certified doula, helping to preserve the traditions of midwife culture.

During a previous interview with Sway, Erykah revealed she’d also given birth to all three of her children at home. But, it was the birth of a friend’s child that influenced her decision to become a doula, reports BlackDoctor.org. “My best friends, two of them – stic.man [of Dead Prez] and his wife Afya – were in labor and I was on a flight and he called me and said that, ‘Afya told me to let you know that she’s in labor.’ And I re-routed my flight – This was in 2001 – to go to be with them here in Brooklyn. And I just stayed up with her,” Erykah said. 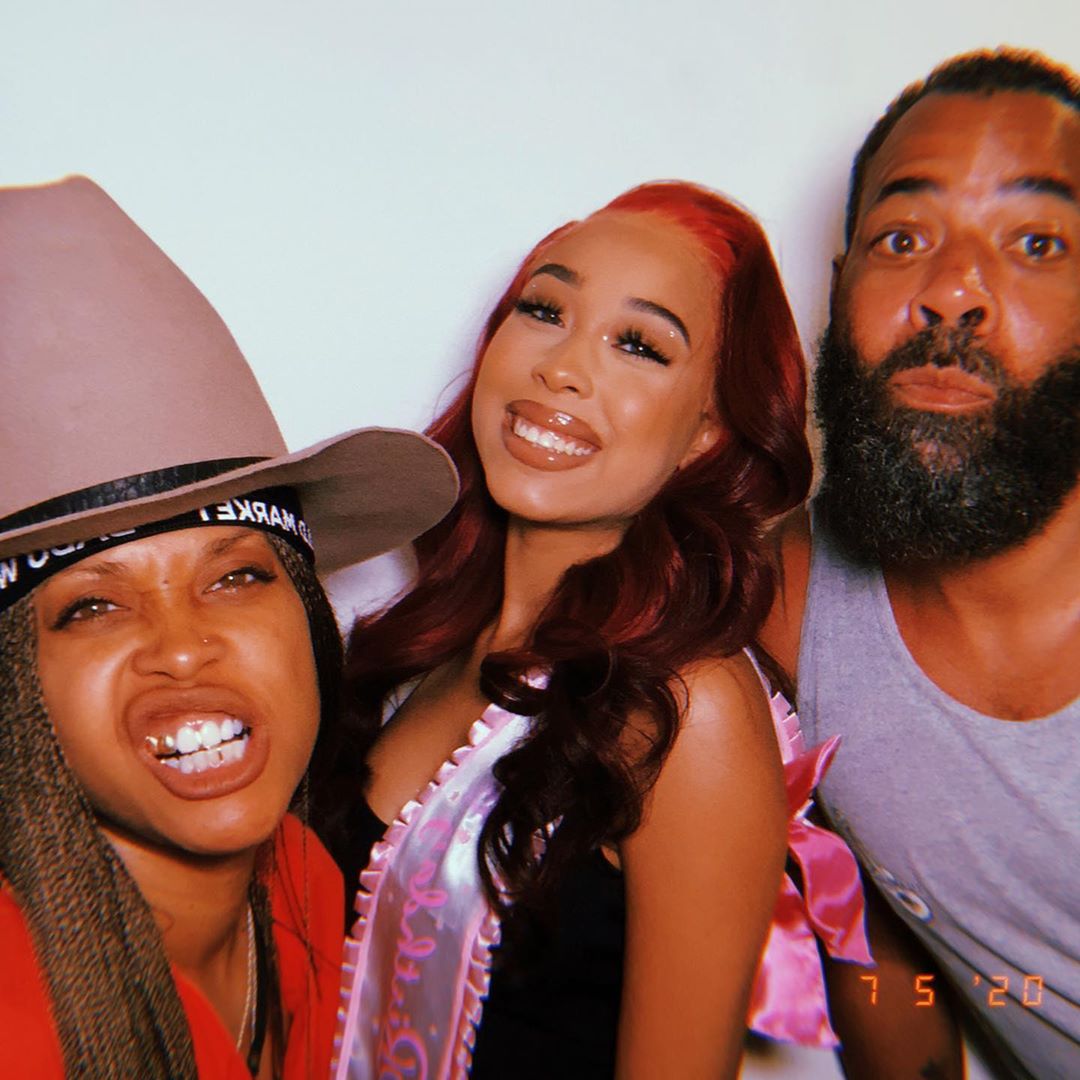 “Her labor was natural, for fifty-two hours. Fifty-two hours. And I stayed up with her. I didn’t get sleepy or anything. I was able to just be there for her, whatever it took – singing, coaching, walking, bouncing, massaging. I had just had my son, a live, natural birth at home as well, so I had a little bit of experience. After that, I felt that well I can do this. I can be the welcoming committee for new spirits coming in. That’s when I decided to start studying for it. I became a doula about five years ago.”

Most fans know Erykah has a good relationship with her exes, but apparently, D.O.C. does too. Here’s what he has to say about his friendship with Andre 3000 and Jay Electronica. In Nov. of 1997, Erykah gave birth to Seven Sirius Benjamin with Andre 3000. Then, on February 1, 2009, she welcomed a second daughter, Mars Merkaba Thedford, with famed producer Jay Electronic.

Even more incredible is what D.O.C.’s and Erykah’s daughter can do.

With her parents’ amazing talents, Puma was bound to be a musical sensation. In fact, the teen once turned heads online when her mother posted a video of her singing. Needless to say, she’s the perfect blend of her mother and father.

Check out the video: