Ever Wonder What Happened To “Mad Dog” From Good Times? We Found Him 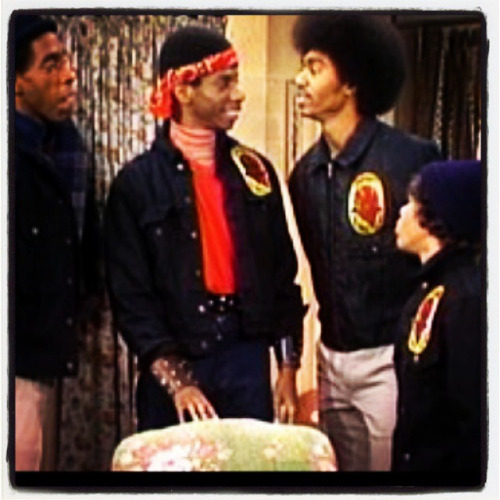 Do you remember this exchange between “Thelma” and “Mad Dog?”

Yeah, takes you back, right? He played that part to a tee. His real name is Oscar DeGruy and although he played a street dude with the afro on Good Times, he was actually a member of the Black Panther Party in real life at that time.

So where has “Mad Dog” been all these years? Scroll down to find out. You might be surprised by this one…

Well, it turns out that “Mad Dog” could have used and definitely NEEDED an Oscar Degruy in his life! You see, Oscar never strayed away from the core principal of being a former Black Panther, which was trying to get equality for minorities and underprivileged kids. Nowadays his focus isn’t solely on any particular race, but it’s focused on helping young people of all races.

He and his wife, Freddie (who sadly passed away from cancer in 1993) bought a performing arts theater in 1975, that features the art of of step dancing and street dancing, blended together with the Bahá’í principles of equality, racial harmony and unity of religions. By 1995 DeGruy and their team had built over 100 Workshops in the United States and another 100 scattered across 50 other countries.

“The number one message of the workshops is unity in diversity,” said Oscar DeGruy. He continues traveling and explaining and refining the concept around the world. “We are trying to say that all people, despite their differences, are created to give something back to the world and that the best way to solve problems is to work together.

“The workshop process itself is a multiracial, multicultural experience for young people.”

His newest contribution to society is his new program, Insight – The Power of Relationships In Education (www.insightempowermentprograms.org). Wow! “Mad Dog” is really making a difference!

Seeing where we are now with all of the social issues and injustices within our society, we we can use an Oscar DeGruy today everywhere.

Still doing a little acting, as late as 2008, Oscar completed work as a supporting actor in Zero Option, based on a true story. We’re not sure if anyone remembers him as “Mad Dog.”

To see more of what Oscar DeGruy and his sister, Dr. Joy DeGruy are doing now, visit their website, www.insightempowermentprograms.org.