Ever Wonder What Happened To “TC” From “Car Wash?” Found Him 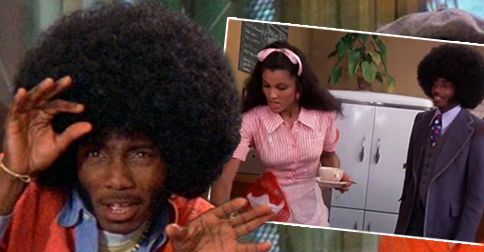 You remember “T.C.” from the classic ’70s film, Car Wash, don’t you? For those who don’t know…actor, Franklyn Ajaye, played “T.C.,” a character in the movie who was an employee at the car wash and who was constantly trying to call-in to the radio station to win a contest for tickets to a concert, so that he could get his girl, the waitress, “Mona” [pictured above] back.

After Car Wash and Stir Crazy, we didn’t see much of actor/comedian, Franklyn on the big screen, so we decided to do a lil’ diggin’ to find out where he’s been all of these years and let’s just say that the things we learn after doing a little research are often quite interesting. Here’s the scoop on Franklyn… 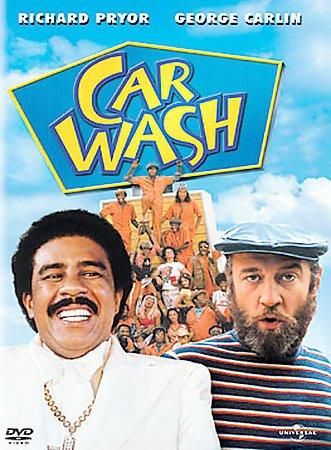 After making a few appearances on ’70s TV shows like the Flip Wilson Show and Johhny Carson, Franklyn went on to record and release five comedy albums, with his last one, Vagabond Jazz & the Abstract Truth, being released in 2004. But get this, in 1997 Franklyn packed up and moved to Melbourne Australia, where he’s been a citizen ever since.

Apparently he’s been making a lot of noise throughout the years over there as a comedian and here’s what he said about why he decided to vacate the U.S. premises for good:

“Moving to Australia was not a career move, but a quality of life issue. It has no guns, no God, and no gangster rap. as an Ethiopian cab driver said to me the other day when i was returning from a gig in Sydney, “Australia is a peaceful, democratic place.” I like the relatively stress free lifestyle. it’s worth a drop in income.”

As some of you may know, Franklyn’s been known to make a few jokes about religion and other social issues. Here’s a clip from his performance on TV One a few years ago.

So what is Franklyn doing nowadays? He explains that here…

Over here [in Australia] I produce my one man show for the Melbourne International Comedy Festival, teach television writing at a university, do voice-over work, act in a children’s action-adventure television show, and am a guest panelist on a popular weekly discussion show called “The Panel.”

Ajaye still travels back to the U.S, periodically to work. As far as we know, his more recent projects in the U.S, include his role as the father of comedic actress, Maya Rudolph [late singer, Minnie Riperton’s, daughter] in the 2011 film, Bridesmaids. In 2019, Ajaye also had a role in the television film, Deadwood: The Movie.

And there you have it folks! Franklyn Ajaye has not stopped doing his thing ever since Car Wash and at 72 years young, he seems to be in great health. Hopefully we’ll be seeing him in more films or TV shows here in the U.S. soon.

Franklyn Ajaye once told this funny story about his first experience working with one of his comedic idols, Richard Pryor. It was a pretty wild experience and it all went down on the set of a movie that very few people ever knew about. It was Pryor’s production. Here is what TC explained in the Richard Pryor biography, Furious Cool: Richard Pryor and the World That Made Him:

The movie’s cast and crew were never sure what sort of domestic mayhem they might walk into when they reported for work at Richard’s and Shelley’s (Richard’s then-wife) Hancock Park House. Massive amounts of coke coupled with Richard’s samurai sword collection did little to calm jittery nerves.

For Franklyn Ajaye, the filming was not a pleasant experience. The first day they met, Ajaye remembers that Richard was screaming at his wife in the kitchen. “It was a pretty rough scene.”

When the two comedians came to know each other later on in the seventies, appearing regularly on The Midnight Special and The Tonight Show, and together on Flip Wilson’s show and in the movies, Car Wash and Stir Crazy, Ajaye never mentioned to Richard that he’d been in his movie. “I doubt he remembered me from that, and i never saw it. I don’t know if he ever finishes it. I didn’t even know what it was called.”

Ajaye recalls that his character had to wash the man standing trial (that was a scene in the movie) “like in a car wash or something. It was kind of a strange-ass fucking movie.” Ajaya put in a seventeen-hour day for a fee of thirty-four dollars and Richard paid him with a bad check. “It certainly didn’t make you want to be in movies, I can tell you that,” he says with a laugh.

Like I always say, there was never a dull moment in the life of the talented legendary Richard Pryor…LOL.

Here’s an Old School fun fact about Franklyn Ajaye:
He attended UCLA in 1968-69 at the same time as Lew Alcindor (who later became Kareem Abdul-Jabbar).