Some may not know his name, but most of us, R&B lovers, know his music. For those of us who recognize his face, it’s because we probably remember him as one third of the 90’s group, Playa. They had a few hits in the late 90’s, including their 1998 joint, “Cheers 2 U.” They were signed to Devante Swing’s Swing Mob label, alongside Timbaland, Missy Elliot, Ginuwine and others; and they also contributed to Jodeci’s hit album, The Show, The After Party, The Hotel.

Playa faded into R&B history in the early 2000’s, but Stephen “Static Major” Garrett went on to have a very successful career as a hit-making songwriter, producer, and solo artist.

He began working very closely with Timbaland on many Timbaland-produced hits: Static wrote several hits for Aaliyah, including, Are You That Somebody; Try Again, We Need A Resolution; More Than A Woman; and Rock The Boat…

He also co-wrote Ginuwine’s hit, Pony, as well as hits for Dr. Dre’s artist, Truth Hurts, including her 2002 DJ Quick-produced smash, “Addictive.” Static’s last major co-written hit, shortly before he passed away in 2008, was Lil Wayne’s hit single, Lollipop, which Static copped a Grammy award for… 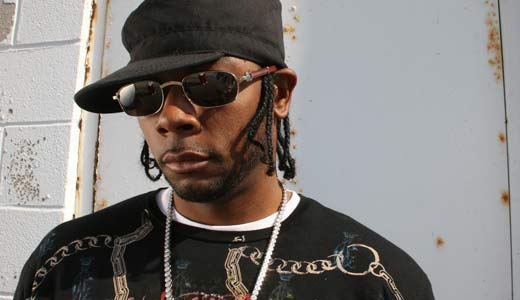 Details on His Death & Who The Family Blames

Sadly, Static Major’s sudden death on February 25, 2008 at the age of 33, caused his family and friends to reveal the very eery details surrounding his death and his views prior to his passing.

Static passed away after doctors assumed he had a rare condition called myasthenia gravis, which attacks the muscles and causes fatigue. However it wasn’t the actual cause of his death. According to his autopsy report, ‘death in this case is attributed to complications associated with dialysis catheter placement.’ The catheter discussed in the autopsy is in reference to the treatment for the condition, called plasmapheresis, which removes the toxins from the blood, by inserting a catheter through the neck and into the chest cavity.

Wife Describes Eerie Turn Of Events Prior To Static’s Passing

Static Major’s death came as a shock to his wife, Avonti Garrett, his three children, his mother, family and fans, because according to his Avonti, she recalled ‘a neurologist saying Stephen should feel better within 24 hours,’ reported LeoWeekly.

His loved ones also detailed some very heart wrenching factors surrounding his death. According to his wife, mother and family, Static had a great fear of hospitals after his sister had passed away in one at the age of 22 (when Static was just 17 years old). He was known to also say ‘hospitals kill people.’ When he became sick from the condition, his memory of what happened to his beloved sister had Static incredibly worried in the hospital, just before being wheeled into the surgery room:

Via LeoWeekly: “I’m not feeling them fu*king with my arteries,” Stephen told Avonti. Before asking that his wife go home to retrieve some things from a list he prepared, Stephen asked to see his three children. Holding their [then 8-year-old] daughter Makari in his lap, he gazed into her eyes and caressed her cheek.

Here’s what Avonti revealed happened soon after that moment in his hospital room:

“I go out of the room and something tells me to go back in there. So I go back and they had just pulled the curtain back, and he’s looking at me like ‘This is the last time I’ma see you’- almost as if he knew. And as he was looking at me, a tear came out of his eye.” -Static’s wife, Avonti Garrett; via Vibe Magazine

That was the last time Avonti spoke to Static because just a few hours later, Static’s worst fear had come true- that he’d died in the hospital, from what his family believes was malpractice on the part of the doctors involved.

What Exactly Happened To Static Major?

In his hospital bed, after the catheter was pulled from his neck during the procedure, he went into convulsions, and sadly bled to death. His wife later confirmed that as soon as the catheter was inserted into his neck, Static was telling the doctors that something wasn’t right and that he was experiencing a lot of discomfort. His wife has now confirmed with I LOVE OLD SCHOOL MUSIC that the lawsuit their family filed against the hospital has since been settled out of court.

In honor of Static Major’s legacy, Avonti has just informed us that she is inviting all aspiring music artists to enter into a contest. Here are the details:

Static left A LOT of music. Avonti Garrett is holding a contest for up and coming artists to be a part of his posthumous project. She wants fans to cover their favorite Static Major written track for an opportunity to be featured on the project, Hors dOeuvres, which is releasing this year (2017). The winner will receive a $500 reward, in addition to $500 worth of studio time, and a potential opportunity to record one of Static’s originals. Deadline for the contest is June 5th and fans should submit their video covers to [email protected]

The fact that Static always said that hospitals kill people, only to later die in one is what makes his death even more sad and eerie at the same time. We sincerely hope his children, mother, wife, and loved ones have all found some way to find peace after losing Static so suddenly and it’s beautiful to see his wife continuing his legacy. He was a very talented brotha gone WAY too soon. May Stephen “Static Major” Garrett continue to rest in peace.