Chrisette Michele isn’t exactly a fan favorite this year and unfortunately, she’s being seen in a negative light yet again. Over the weekend, Chrisette shared details about her personal struggles, including her miscarriage. She took to Instagram with a post and a lengthy explanation about the disheartening loss. Of course, there were fans who offered condolences for her loss, but then there were others who noticed something else. Apparently, Chrisette Michele also posted a graphic miscarriage photo but there was one problem with it. Several media outlets have reported that the image was not hers.

As we reported recently, the singer shared a photo of what appeared to be blood clots. She captioned it, “I’d cry my way thru workouts. My trainer would cheer me up. God bless him. I pushed so hard and ate so much protein, I scarfed away my hurt.” She also detailed her long menstrual cycles and revealed, “something came out. It was my child. The one my love and I worked so hard on. I never knew I could allow myself to be so broken that my physical body would break down. A miscarriage? Me?”

If you scroll to the second photo included on Chrisette’s Instagram post, you’ll see the graphic image.

You don't have to be a celebrity to fail, to fight, to struggle. Pain is universal… I went into the gym and trained like a body builder to try and push past the pain I was feeling. I'd run up hill and lift weights heavier then strong men. I'd cry my way thru workouts. My trainer would cheer me up. God bless him. I pushed so hard and ate so much protein, I scarfed away my hurt. My old habits of binge eating disorder began to show themselves. Drinking maybe nothing but water for a day after a day of heavy intake. My trainer didn't know it but he was feeding the demon that covered up hurt with food. I had a long cycle. Something came out of me. It was my child. The one my love and I worked so hard on. I never knew I could allow myself to be so broken that my physical body would break down. A miscarriage? Me? This experience of a broken nation showed itself in my own physical body. That was when I knew I had to pull it together. Heal, Forgive. Just because I had a negative experience didn't mean I had to become negative and broken. When I lost my child I knew that it was time for me to become a #StrongBlackWoman

To see the original post, click here. The link shows that the photo was actually dated for October 1, 2014.

Unfortunately for Chrisette, it didn’t take long for fans to notice the photo was a repost and quite a few called her out for it, according to Hot New Hip Hop. Many social media users claim the photo was originally posted to the popular baby site, BabyCenter.com, back in 2014, by a user named “tgoood.” Although Chrisette didn’t exactly claim ownership of the photo, she’s still getting the side eye. The photos appear to be identical and fans aren’t letting this one slide. Some fans are even wondering if her latest actions are part of a publicity stunt. In fact, some fans are even urging her to apologize and take the photo down. “If this is a repost of someone else’s miscarriage this is literally despicable. You could’ve been forgiven for singing at the inauguration this is toooooo far. Wow,” a commenter said. 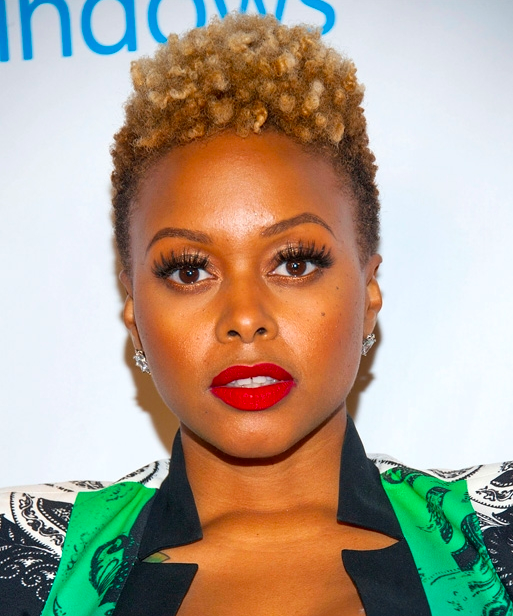 “Posting another person’s photo and using it in a way that misleads your followers into thinking that it is your own is pathetic. You have taken away from what your post should have been focused on because of your deceit. Your credibility is now questionable. There was no need to even post that 2nd pic, but if you are then at least post your own pic and not someone else’s,” another commenter wrote.

“Take it down, apologize, so people can leave u alone,” a third commenter said.

Chrisette Michele has yet to comment about the latest public disaster. But she may wanna jump in the convo’ ASAP to try to straighten this one out.