Emmy Awards, what’s really going on? That’s the question we and millions of other fans of Dick Gregory and Charlie Murphy want to know.


In case y’all missed the Emmy Awards 2017 last night (9-17-17), here’s why many are pissed. There was a segment of their show, ‘In Memoriam,’ which paid tribute to the legendary celebrities we have recently lost this year. Within that beautiful tribute, they honored actor/comedian Jerry Lewis, actors John Heard and Adam West, Fox Network founder Roger Ailes, and several others. 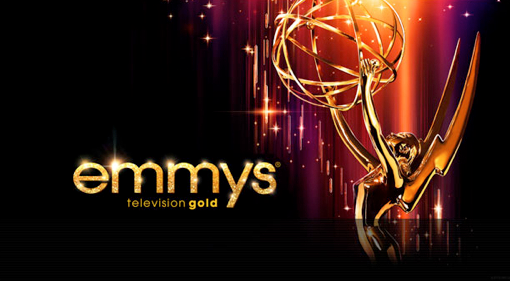 They conveniently forgot comedian/actor/civil rights icon, Dick Gregory and comedic actor, Charlie Murphy though. They also left out actors, Frank Vincent and Harry Dean. The only reason why Gregory’s and Murphy’s exclusion seem ‘conveniently’ left out and Vincent’s and Dean’s passing do not, is because of the timing of all of their deaths.

As People.com pointed out, there is a chance that Vincent’s and Dean’s exclusion wasn’t intentional on the part of the Emmys, simply because they died within a week of the show and there’s a possibility that production may not have had time to add them into the program. HOWEVER, Charlie Murphy passed away on April 12th and Dick Gregory died on August 19th, therefore there is no logical excuse we can factor in there regarding timing and production. Here’s the kicker though, both Dick Gregory and Jerry Lewis died within a day of each other. In fact, Lewis passed away one day AFTER Gregory. So if that ain’t a big, bright red flag, we don’t know what is.

As soon as the Emmy’s ‘In Memorium’ segment wrapped, fans were quick to blast the the show and call out the obvious. Rapper, Common, was one of those fans as well. Check out what he and others said about this…

Thinking of my brothers Dick Gregory + Charlie Murphy. I'll never forget you. I miss you both. #Emmys pic.twitter.com/Ot0nfxvjMO

They had Jerry Lewis. Who died the same day as dick Gregory. So… https://t.co/KqBA8RTjpe

They had Jerry Lewis. Who died the same day as dick Gregory. So… https://t.co/KqBA8RTjpe

Gregory and Murphy both “qualify” to be a part of the Emmy’s program because like their fellow deceased actors, they have both starred in TV shows at some point- Murphy was on The Chappelle Show, Black Jesus, The Boondocks and more; Gregory starred in Reno 911! and Wonder Showzen. So the whole thing is just suspect.

Truthfully speaking though, each of the celebrities who were left out of the memoriam have fans loyal enough to always remember what they’ve contributed to this world…that’s all that matters.